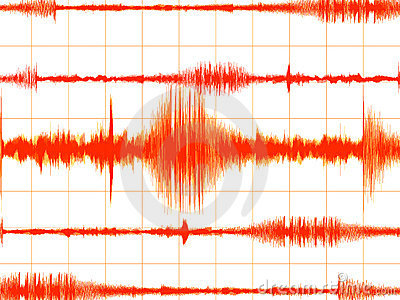 Thursday 11 November3:00 p.m. – Geologist from the National Institute of Geophysics and Volcanology (INGV) Alessandro Amato, In a videoconference with the students of Liceo Scientifico Alberti di Minturno LT

It’s a cycle date Science at school of Zancelli. Video conferences with researchers NOT. Figures from the scientific world and secondary schools and institutes in various Italian regions to tell students and teachers the stories of those working at the frontiers of research. These are stories that convey our passion for science and provide insight into what we know and are about to discover in mathematics, physics, chemistry, biology and medicine, with particular attention to the goals of the 2030 Agenda for United Nations.

These are a few questions: what is the exact mechanism that causes the kilometers and kilometers under our feet to generate a noticeable earthquake on the surface? What do we mean by seismic forecast? Why can’t we predict it today? Is this an achievable goal?
What information is available regarding seismic risks? Students will talk about it Seismologist at the National Institute of Geophysics and Volcanology (INGV)And Alessandro amato, During a meeting “Earthquake between science, history and communication“.

Seismology is a relatively young science. It wasn’t until the early 20th century that scientists figured out how the earth’s crust warped before, during, and after an earthquake, and another fifty years must have passed to elucidate the connection between the quakes. surface and plate movements of the lithosphere. There is still a long way to go. In the meantime, let us remember that defense against earthquakes rests above all on us, that is to say on the citizens who have the right to inform researchers and security policies; But it is also their duty to ask.

Alessandro Amato, Geologist, doctor of geophysics, research director at the National Institute of Geophysics and Volcanology (INGV). The National Seismology Center managed the INGV from 2001 to 2007 and in 2012-2013. He was a member of the Major Risks Committee. He studied many Italian and Mediterranean earthquakes and the structure of faults and volcanoes. He has coordinated and participated in numerous national and international research projects, and published dozens of articles in the main scientific journals in the sector. Since 2017, he has headed the INGV Tsunami Warning Center. It also deals with the science of communication and the relationship between science and law.

The meeting is part of the course Science at school of Zanecelli. Video conferences with researchers NOT. Figures from the scientific world For secondary schools and institutes in different Italian regions to tell students and teachers the stories of those working at the frontiers of research. These are stories that convey our passion for science and provide insight into what we know and what we are about to discover in mathematics, physics, chemistry, biology and medicine, with particular attention to the goals of the ‘United Nations Agenda 2030.
2030 Agenda It is a program of action for people, planet and prosperity signed in September 2015 by the governments of the 193 member states of the United Nations. Includes 17 Sustainable Development Goals – sustainable development goals sustainable development goals – In a broad work program for a total of 169 “objectives” or milestones. The official launch of the Sustainable Development Goals coincided with the start of 2016, guiding the world on the way forward for the next 15 years: in fact, countries have pledged to achieve them by 2030. https://www.unric.org/it/agenda-2030
For more than 160 years of work in school education and scientific publishing, the Zanichelli publishing house intends with this initiative to offer students the possibility of acquiring knowledge on fascinating subjects of great scientific relevance directly from of “experts”.