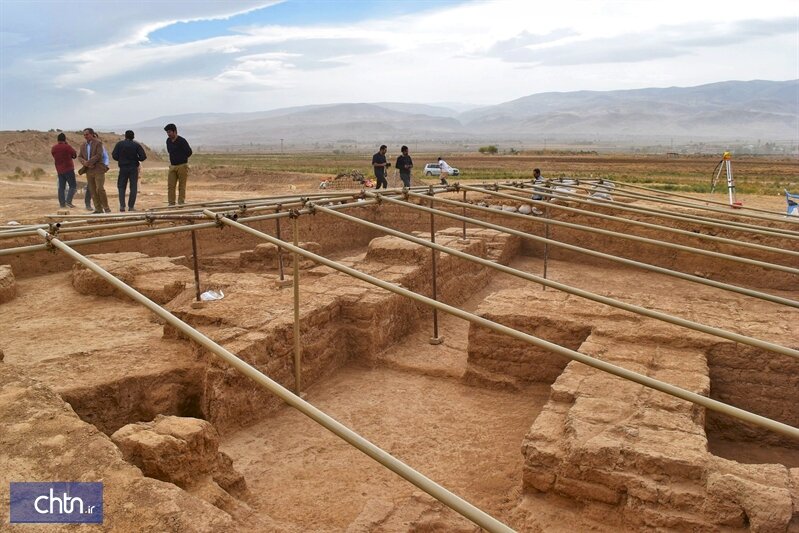 Tourist complex to be built on the archaeological site of Rivi

TEHRAN – An agreement in principle was recently reached to launch a tourist complex at Tepe Rivi, which is an archaeological hill located in Iran’s North Khorasan province.

The agreement in principle aims to provide an appropriate infrastructure for rapid tourism development near the ancient site, and to explore its untapped potential with close cooperation from the local population, the historic site manager said on Sunday.

The camp is expected to be built and managed by the private sector in close collaboration with the province’s cultural heritage, tourism and crafts department, Mohammad Javad Jafari said, CHTN reported.

The prospects for tourism development make it essential to implement tourism projects in line with research activities to attract travelers and create sustainable jobs for residents, added the official.

Archaeological research at Rivi began in 2012. Since then, teams of Iranian and German archaeologists have accessed the remains of Bronze and Iron Age settlements, the Achaemenids (550-330 BC). C.), the Parthians (247 BC (224-651 CE), and the beginning of the Islamic period.

The teams have completed seven archaeological seasons at the site and, based on a new agreement, their cooperation will continue for the next five years.

Experts in the fields of archeology, geography, geophysics, geomorphology and ecology of the [Ludwig Maximilian] University of Munich; the [Free] University of Berlin; the University of Tehran; and Shahid Beheshti University have worked in previous research cycles.

Based on these studies, various architectural and archaeological evidence from the Parthian and Sassanid era have been discovered at the Rivi site, located in Maneh-Samalqan County of North Khorasan Province.

The evidence, according to Jafari who led the fifth season of archaeological digs at the Rivi site, points to the sequence of settlement in the area in the aftermath of the Achaemenid era, according to Archeology News Network.

In October 2020, several historical clay prints, estimated to date from the Achaemenid and Parthian eras, were discovered at the ancient site.

“The seals were found next to clay urns in a large room and the seals are printed in a variety of geometric patterns. [depicting] plants, animals and human figures. Studying the results can provide valuable insight into the economy, culture and arts of ancient societies, â€Jafari said.

“These stamps represent the widespread and complicated economic relationships that people of the time had with other communities such that they led them to collect and store goods.”

Evidence suggests that residents of this area sealed urns loaded with particular goods and then tied them with ropes, the archaeologist said.