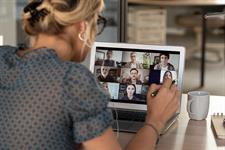 Three in five employees believe the pandemic has had a positive impact on company culture, study finds

According to a study by Qualtrics, three in five employees (62%) think the pandemic has had a positive impact on company culture.

The survey of 1,170 employees in the UK, carried out in April this year, also found that almost three in five (59%) said receiving increased communication from their company as a result of the pandemic had been important for the culture.

Those who have experienced positive changes in company culture over the past two years said it was the result of an increase in open and honest company communication and a sense of being heard. by the organization.

Three in five people who worked from home during Covid say they are more productive there, study finds

The findings stem from changes to communications strategies during the pandemic, when companies couldn’t bring their employees together to share information and had to shift communications to digital and virtual channels.

The survey showed that the resulting increase in communication, as well as the empathy shown by employers and managers, resonated well with employees.

In fact, three in five workers surveyed said it was important to have managers who listen effectively, while slightly fewer (56%) said managers who looked after them personally were important.

However, while responses relating to company culture were positive, other findings from the survey highlighted that there was still work to be done: only one in five employees (19%) said they had achieved better work-life balance in the past two years, while 17% felt there was no more concern for employee wellbeing than before the pandemic.

The main concerns of employees surveyed were division between colleagues (11%) and low employee morale (19%). With this in mind, the investigation report suggested leaders are exploring how to keep employees engaged, such as with flexible work options or testing others, and he said the key is to open up the discussion with employees and act on feedback.

More positively, nearly three in five employees (58%) said that work gave them a sense of accomplishment.

Commenting on the findings, Phil Pringle, employee experience strategist at Qualtrics, said improving communication has been key to improving culture at many companies, but added that leaders need to keep listening. “The mission of leaders now is to have the right listener in place, at the right time, and to act on that information to ensure they keep their employees engaged,” he said.

Liz Sebag-Montefiore, career coach and director of human resources consultancy 10Eighty, said employers should listen to employees’ ideas and empower them to take ownership of their roles. “A culture that values ​​independence, responsibility, autonomy and creativity makes a big difference,” she said.

“Employees want trust, and a culture that reflects flexible and continuous work arrangements is best.”