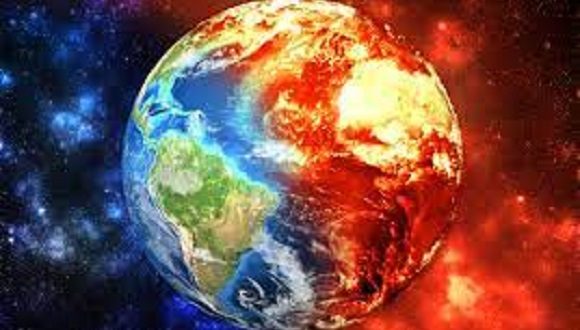 One study has warned that man-made global warming has caused the troposphere to expand, while parallel high-altitude cooling causes the stratosphere to shrink, which could affect atmospheric circulation.

Data published in Science Advances revealed that the border between these layers, which is closest to Earth, increases in the northern hemisphere.

The first, with a thickness between 15 kilometers in Ecuador and nine kilometers at the poles, is where life thrives on this planet.

In the second case, its height is about 50 kilometers, in which the ozone layer is located, which protects from ultraviolet rays of the sun.

The boundary between them is called the tropopause and it marks the line from which the temperature does not decrease with altitude, but rather increases.

Scientists at the University of Toronto in Canada and the National Center for Atmospheric Research (NCAR) in the United States confirm that the tropopause rises between 80 and 50 meters per decade for 40 years and that the range varies according to instruments used to measure it.

The bulletin indicates that the GPS satellite networks place the altitude between 70 and 80 meters per node, while the IGRA network, made up of two hundred radiosonde stations, places it at an altitude of about 50 meters.

Jane Liu, of the Canadian Center for Graduate Studies and co-author of the article, warned that the temperature of the troposphere had increased between 1980 and 2020, mainly since 2000, and that the stratosphere had shrunk due to changes in the layers. atmospheric.

Bill Randell, NCAR senior researcher in atmospheric chemistry and lead author of Liu’s study, said these findings are limited to the northern part of the planet because it has a reliable network of radio probes.

â€œWe expanded the study using global GPS data, which began to be collected in 2002. It matches well with radios from the period in which they overlap. Basically, we included the GPS results, and they showed a lower elevation of the tropopause in the hemisphere. Southerner, â€explained Randell.

They withdrew the measurements from the final study because other phenomena could interfere. Above the stratosphere are the layers of the mesosphere, thermosphere, and exosphere, where the boundaries with space are blurred, and although little is known about what is going there, the new study confirms a contraction of the first two.

“I guess the height of the stratopause (the top of the stratosphere) has gone down, but I don’t think anyone has investigated that,” the expert said.

(with information from Prensa Latina)