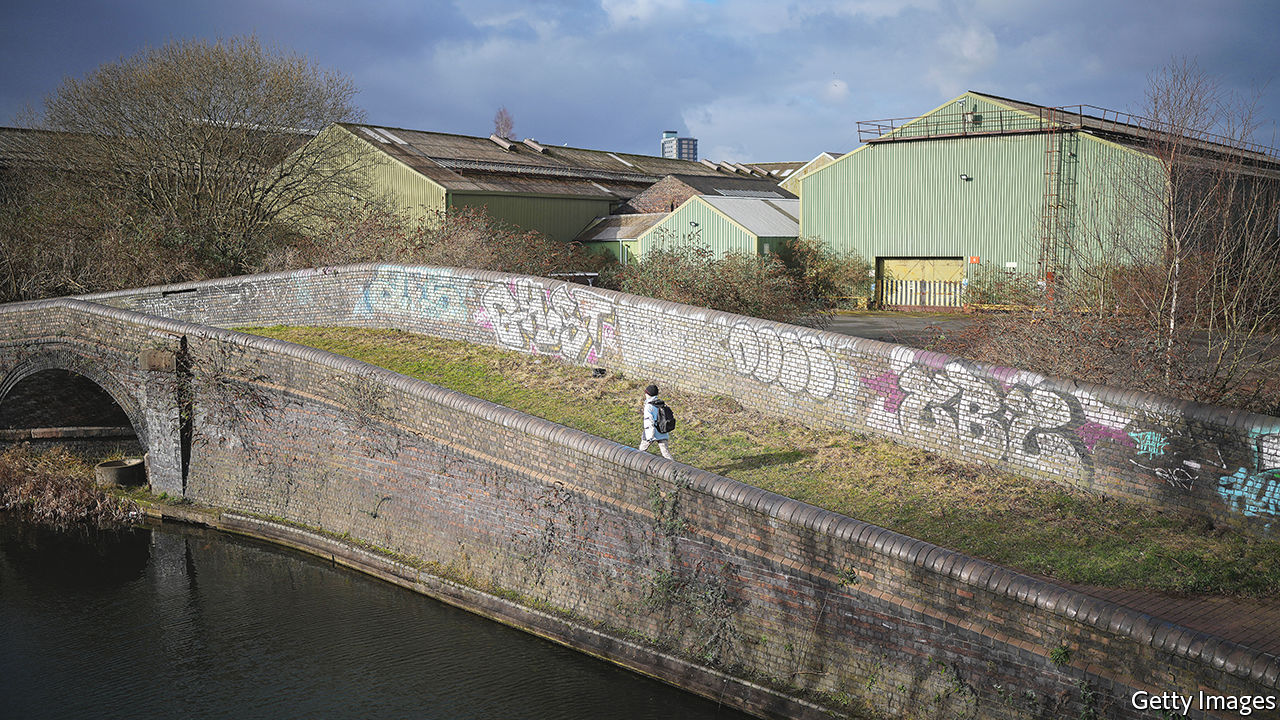 IINCREDIBLE THAT THIS may seem, there was a time when deputys didn’t talk about “upgrading” all the time. According to Hansard, Parliament’s chronicler, the phrase was only uttered in the House of Commons 57 times between January 2010 and July 2019, when Boris Johnson became Prime Minister. The tally since then is 3,227. A name change last September gave Britain a Department of Levelling, Housing and Communities. And on February 2, the government explained how it would proceed.

Enjoy more audio and podcasts on iOS Where Android.

The aspiration to increase the fortunes of the poorer parts of Britain is burning strongly, for economic and political reasons. Britain is very uneven geographically. Skilled workers and well-paid jobs are concentrated around London and, to a lesser extent, in the Scottish Lowlands (see map). In 2019, gross value added per person – a measure of output – was 78% higher in London than in the UK as a whole. In the general election that year, the Conservative Party won many seats outside the Enchanted Zone, in the Midlands and the North of England. He would like to hold them back.

The publication of the government’s upgrade strategy has been delayed, partly because of covid-19, partly because Mr Johnson is not the kind of Prime Minister who likes to draw up a large and complex plan involving many departments. And the strategy almost seems to come from an earlier era of government. It has a particularly strong New Labor flavor.

Although Mr Johnson compares the leveling to the integration of the former East Germany, he ruled out a German-style madness. The plans come with little cost money. A Shared Prosperity Fund, worth £2.6bn ($3.5bn) over three years, simply replaces the money poor areas previously received from the EU. Some jars of jam that are currently being spread en masse in London will be distributed more widely. The commercial department promises to spend more on research and development outside the London, Oxford and Cambridge triangle. Arts Council England will pay for more culture outside the capital.

The British state is already redistributing large sums from the south-east of England to the rest of the country. In the 2019-20 financial year, London had a net budget surplus of £36bn, while the North West had a deficit of £23bn. An upcoming increase in payroll taxes will likely widen the gap, as it will weigh more heavily on well-paid workers and their employers. The government is indeed betting that the goose that lays the golden eggs will continue to lay eggs even if it is a little less nourished.

The big idea of ​​the white paper is English deconcentration. New powers for existing metropolitan governments are promised, starting with Greater Manchester and the West Midlands, although the government is unsure which powers. Counties such as Cornwall, Devon and Norfolk are urged to start negotiating new ‘county agreements’. Those who create directly elected leaders could claim more money and powers, such as a long-term investment fund and the ability to levy a surcharge on company tariffs.

But upgrading involves at least as much centralization as deconcentration. The government created pools, like the Towns Fund, and invited selected local authorities to bid for a share. To assess the offers, more civil servants are needed: the number of employees of the Cities and Local Growth Unit should increase from 420 to 750. Sometimes the government simply announces that places deserve additional help. He promises to “proactively identify” 20 cities or boroughs in need of regeneration. Schools in 55 areas where children are doing particularly poorly will be given more money to help retain teachers in ‘priority subjects’ – which have, of course, also been specified by the Westminster government.

In some ways the plans are reminiscent of those created by Labor governments under Sir Tony Blair and Gordon Brown. They include a list of performance indicators, such as increasing healthy life expectancy by five years and ensuring that 90% of children achieve expected levels in reading, writing and math. Progress will be tracked and reported centrally, just as New Labor has tracked progress in reducing child poverty. Trying to regenerate poor places through cultural spending was also a staple of New Labour. But there is a big difference. Sir Tony and Mr Brown thought Britain needed a strong London. Mr Johnson seems to think much the opposite.

New plans often mention the capital. The government says that by 2030, everywhere in England could have powers like London, and promises “London-style” transport systems. But there are two ways to achieve this. The less benign, what you might call the leveling down, progresses rapidly. Last year the government challenged London’s development master plan. He bailed out the city’s transportation network, which has been congested by covid-19, but only reluctantly and at the last minute. Transport for London is now considering drastic cuts to services. As Mayor Sadiq Khan has complained, even London may not have a London-style transport system for long. ■