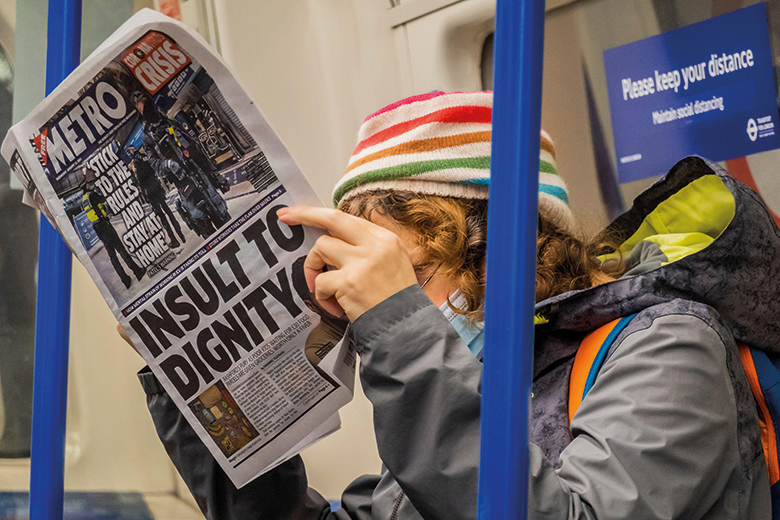 According to a major global survey, less than half of the general public believe universities have played an important role in helping the world through the Covid-19 pandemic.

While the success of academic science in developing vaccines, treatments and strategies to fight the virus has saved countless lives, the results of a poll of just over 6,000 people suggest that the reputation benefits of universities during the pandemic may be limited.

Far from riding a wave of popularity linked to Covid-era innovations, only 46% of the general public said universities were important in the fight against the pandemic, according to a study by the World 100 Reputation Network, which surveyed the least 1,000 people each in Australia, Canada, Japan, Netherlands, United Kingdom and United States. A fifth of respondents said universities had been “unimportant” in the global fight against Covid, while 25% had no idea how higher education institutions had contributed.

This recognition of the impact of universities did not vary significantly between countries, although those in Canada, the Netherlands and the United Kingdom appreciated the efforts of academics slightly more. American respondents were the least likely to be impressed.

Fiona Fox, director of the Science Media Centre, which provided expert commentary from UK academics on Covid matters, said she was disappointed “but not surprised” by the results, which in the UK were, she said, linked to “research reporting pressure” in university press offices.

“A lot of universities are doing incredibly important work, but they didn’t have the ability to properly shout chevrons about this research,” Ms Fox said.

While it was inevitable that some universities with infectious disease specialists, such as the University of Oxford and Imperial College London, would claim a large share of publicity, their investment in dedicated science communication press officers was always important, she added.

“News offices need to target so many audiences – students, scholars, alumni and potential overseas candidates – that they become helpless in communicating science to the public,” Ms Fox said. “Press offices have been very busy with internal communications, reputation management or social media and have no room for a science press officer.

“That said, we sometimes hear that the press officers can’t talk to us because they’re busy writing stuff for the internal website, even though we don’t know who’s reading it.

Robert Dingwall, who founded the University of Nottingham’s Institute of Science and Society, claimed the perception of students as spreaders of coronavirus may have clouded any appreciation of academics’ efforts.

“It has faded a bit now, but there was a lot of tension between universities and local communities about students bringing the plague to cities and then spreading it because of their careless lives,” the official said. Professor Dingwall, now based at Nottingham Trent University. who called it “a new resource for long-running disputes, but it was all the more reason for universities to keep a low profile.”

Breaking the perception that universities are primarily concerned with teaching students – most people’s main personal interaction with higher education – has also proven difficult, even despite their extensive research activities, added Professor Dingwall.

In many minds, “universities are widely seen as factories of learning rather than custodians and developers of knowledge and culture,” he said. “It regularly shocks people when I point out that major research universities typically make less than two-thirds of their income from teaching undergraduates.”

One problem highlighted by the report was that the public rarely remembered the institutional affiliation of a professor who appeared in the media to discuss research or Covid-related issues: only 7% of respondents globally said they always remembered the university of a quoted or interviewed researcher, and 29% said they never did.

Mark Sudbury, leader of the World 100, who is a Times Higher Education company, said the findings underscored the need for universities to “focus on public outreach work as a priority in institutional communications strategies to build their reputation and build support for higher education.” “.

“It will be more important than ever, post-pandemic, to ensure that local communities support and understand the positive role that universities are playing,” he said.