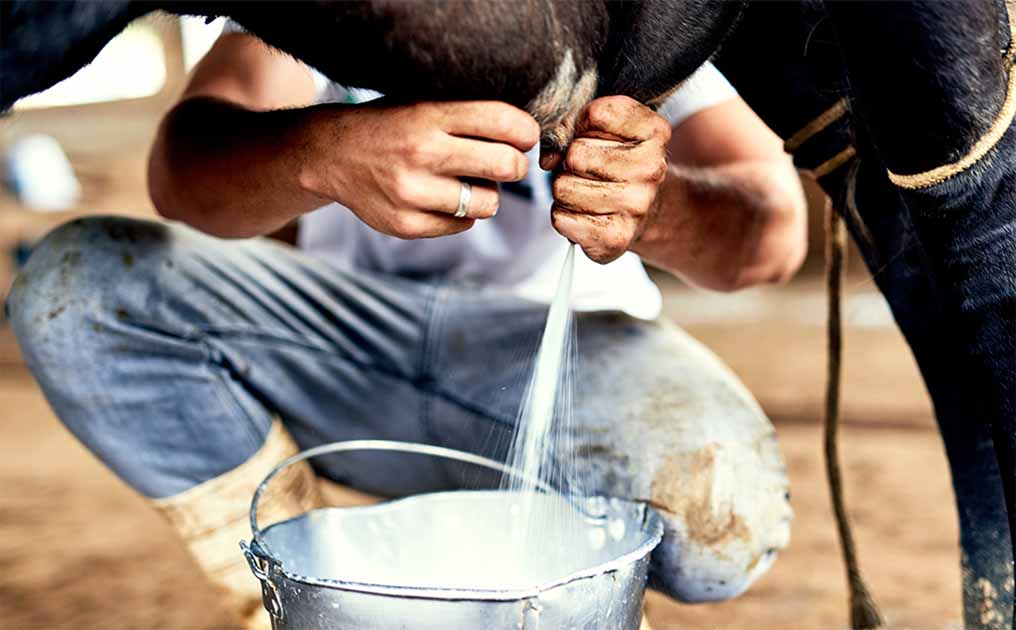 The ancients drank milk even though they were all lactose intolerant

A team of international scientists has just completed an in-depth study of ancient European milk consumption habits. They wanted to see if there was a link between increasing milk intake and developing the ability to fully and properly digest animal milk. It seems that a genetic mutation that entered the collective genome of humanity around 4,000 years ago was responsible for this latest change. Previously, humans were naturally lactose intolerant.

The evolution of human lactose intolerance

Despite the disturbing effects that dairy products can cause in lactose intolerant people, scientists have found that ancient Europeans drank milk in large quantities for thousands of years before lactose tolerance became widespread. This is an important finding, as it overturns current evolutionary theory which suggests that people only started drinking milk in large quantities after the genetic mutation that allowed them to digest it efficiently took hold. root and has spread to a significant percentage of the population.

The participants involved in this research included experts from the fields of genetics, archaeology, epidemiology, history, biochemistry, etc. They analyzed information on milk consumption in Europe from around 7000 BC to around 1500 AD and found that drinking patterns were not correlated with lactose tolerance to the extent that had been expected.

“Prehistoric peoples in Europe may have started consuming milk from domestic animals thousands of years before they developed the gene to digest it,” explain the authors of this comprehensive new study in a forthcoming paper. to be published in the journal. Nature. Given that cattle were first domesticated in Southwest Asia in the 9th millennium BCE and introduced to Europe a few centuries later, this statement could be 100% accurate.

Oxen on their way to work by Constant Troyon, 1855. The study found that prehistoric people started consuming milk when humans were naturally lactose intolerant. ( Public domain )

The agricultural revolution began about 12,000 years ago and the domestication of milk-producing animals like cows represented a major step forward in this transformation of human food acquisition practices. An increased tolerance for dairy products followed on the heels of this drastic change, which suggested to evolutionary scientists that there were survival-related benefits to being able to consume dairy products without suffering gastrointestinal upset. intestinal.

The theory was that those who could digest the milk would have gained a new source of calories and nutrients, so they would have been healthier and produced healthier (and more) children compared to those who were lactose intolerant. . Lactose intolerance is the label used to refer to people who lack the ability to produce the enzyme responsible for efficiently digesting milk. This would have been the case whether the latter chose to drink milk and suffer the consequences, or to pass on milk and deal with the resulting nutritional deficiencies.

In both scenarios, the evolutionary scales would have been tilted towards those who could drink and fully digest milk. Those who couldn’t would have faced higher rates of premature death. Through natural selection, the ability to digest milk efficiently would thus have become more common over time, as it did around 4,000 years ago among distinct populations living in Europe, Africa, South Asia, South and Middle East.

This is supposedly how human beings developed a generalized milk tolerance after previously being almost universally lactose intolerant. What the new research reveals, however, is that the milk consumption picture is more complicated and interesting than previously imagined.

Scientists involved in the international study analyzed data obtained from chemical tests that found residues of milk fat on several thousand pieces of pottery collected from more than 550 archaeological sites in Europe. These pottery samples were linked to sites that had been occupied between 9,000 and 500 years ago, allowing scientists to determine the productivity of the dairy industry and the popularity of milk consumption at different times and at different places in ancient European history.

Once this exhaustive process was completed, the scientists then crossed historical patterns of milk production in Europe with genetic data drawn from the skeletal remains of nearly 1,300 people who had lived in the same areas during the same 9-year period. 500 years old, all of which possessed the genetic markers associated with lactase persistence, lactase being the enzyme that helps the body break down and digest milk sugars, and persistence refers to the body’s ability to produce them large quantities. 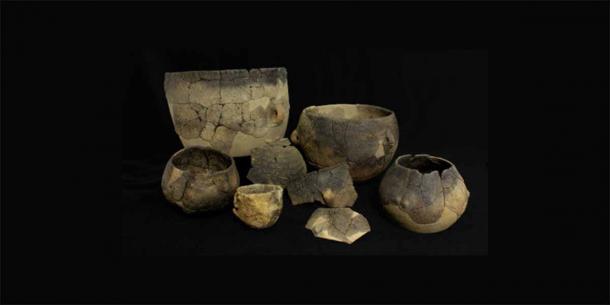 Surprising findings emerge on the history of lactose intolerance

To their surprise, the scientists found that lactase persistence only became common in Europe around 1000 BC. This was nearly 3,000 years after it was first detected in ancient European gene pools, meaning the genetic change that allowed for stress-free milk consumption hadn’t spread through the population as quickly as believed. previously believed.

In contrast, drinking milk had been popular for much longer. According to the scientists’ analysis, there were fluctuations in milk production and milk consumption over the 9,500-year period, but they were not significantly correlated with changes in persistence. lactase. Interestingly, the data revealed that sudden increases in the incidence of lactase persistence were associated with times when famines and epidemics were likely to occur, regardless of what was happening with the milk supply. .

“All of the previous assumptions about what was the ‘natural selection advantage’ of lactase persistence had to do with the extent of milk utilization,” said study co-author Mark Thomas, an evolutionary geneticist from University College London. Nature in a separate article from the one that presented the results of the new research.

Obviously, the facts contradict this thesis. It seems that the persistence of lactase/lactose tolerance only spread under certain particular conditions, especially when societies were besieged by natural forces that threatened the survival of the group. Under these circumstances, anything that improved or damaged a person’s health, even to a lesser extent, could have had evolutionary implications. 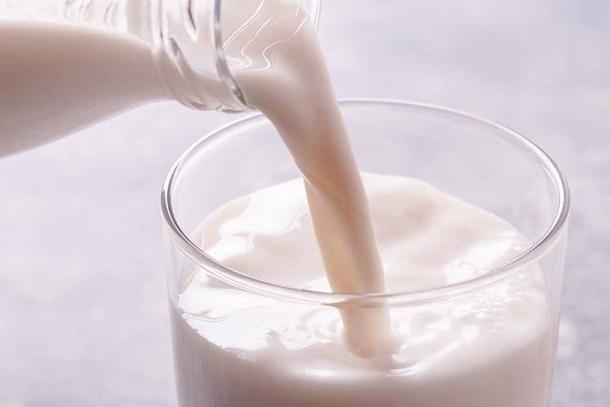 People really like their milk once in a while

Among Biobank contributors who were lactose intolerant, 92% preferred fresh milk over other options. Notably, scientists have also been unable to find a link between lactase persistence and better health or increased fertility in general.

Mark Thomas suggests that the negative impact of drinking milk while lactose intolerant would not have strayed people any further in ancient times than they do today. “If you are in good health, you have a little diarrhea, you have cramps, you fart a lot. It’s unpleasant, but you’re not going to die,” he said.

But such effects could have been risky for ancient peoples who suffered from disease, infection or malnutrition. Under these circumstances, lactose intolerance could have resulted in higher mortality rates, lower fertility, and a less robust response to life-threatening developments, such as drought-related crop loss, war, disasters resources, population growth or even more competition for resources. . This would explain some of the most intriguing findings from this new study, which found that ancient peoples exposed to pathogens and food shortages were more likely to develop widespread tolerance to milk consumption soon after.

In the final analysis, this new study confirmed that dairy tolerance has increased due to evolutionary pressures. Nevertheless, they concluded that it happened in response to emergency conditions and did not represent a general principle of development. Future research may very well show that other useful genetic mutations have taken hold in the same way, as an indirect consequence of very difficult environmental, social, cultural or economic circumstances.

$160.68 Million Gap in Sawmill Machinery Market Due to Increase in Construction Activities