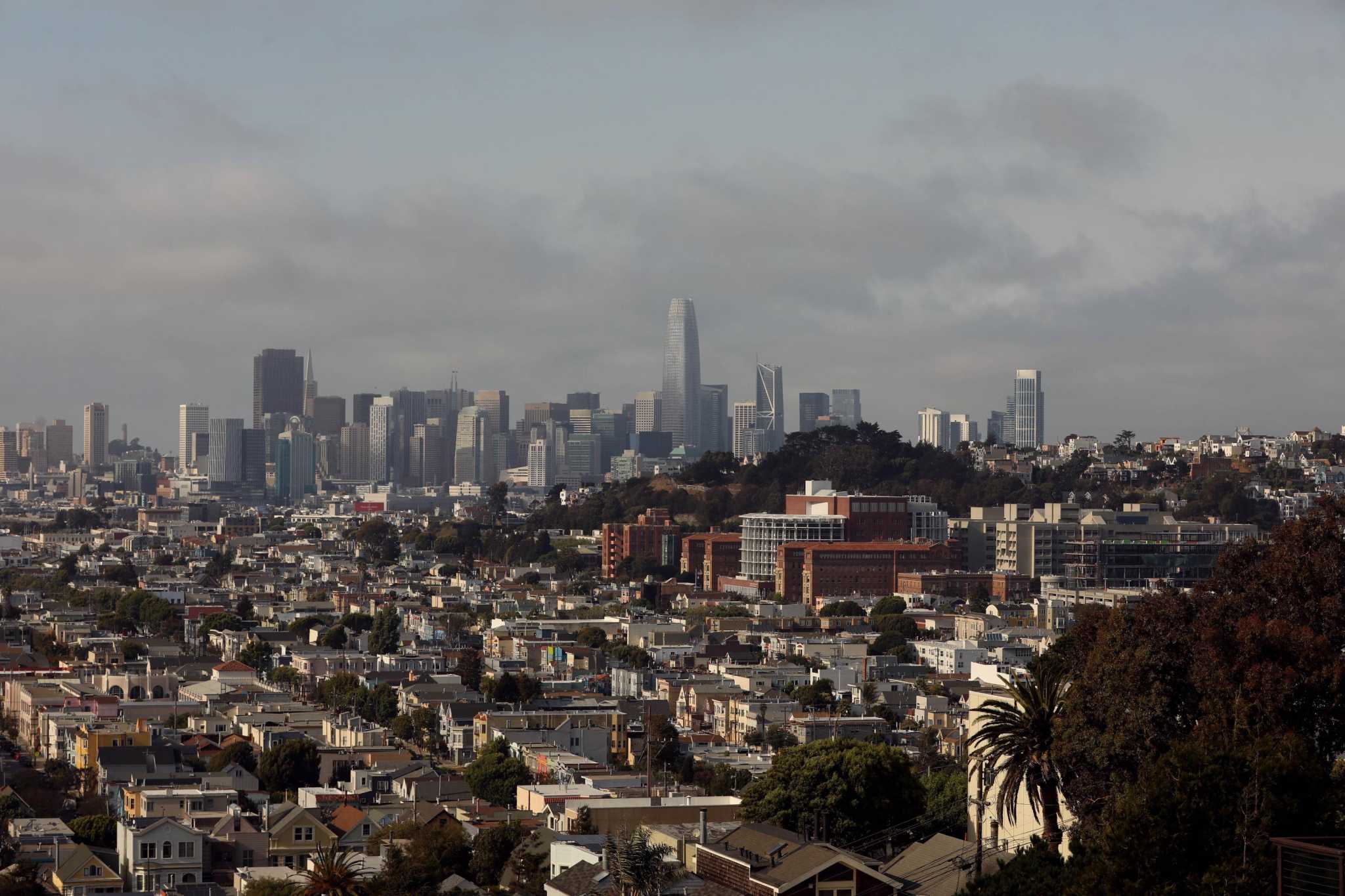 Looking at San Francisco from the bay to the ocean, it is evident that the east side of the city is much more densely built than the west, as tall apartment buildings dot the bay side while single family homes are much more common on the west side.

Even as the city faces intense pressure to meet the state’s goals of adding 82,000 new homes by 2030, recent development continues to reinforce that difference, according to an analysis of the Department of Data Chronicle. San Francisco planning.

Meanwhile, only 1.3% of the net increase was built in the bottom three – the Central District (which includes Noe Valley, the Castro and Mission Dolores), the Inner Sunset and Bernal Heights.

The difference between the highest and lowest ranked neighborhoods is even starker: while SoMa alone built 47% of new units in San Francisco, Bernal Heights only built 0.2%.

While large swaths of the city are adding relatively little new housing, San Francisco is under enormous pressure from California authorities to address its growing housing crisis. The city currently issues far fewer housing permits than its peer cities and has the longest time to do so, and ongoing projects are winding down.

The reasons for the underdevelopment in the central and western parts of the city are many – among them, the older neighborhoods have usually already built small single or two-family houses, they have restrictions on the types of housing that can be developed there, and new housing proposals tend to face opposition from vocal residents and community action groups with the power to appeal individual projects through the ‘discretionary review’ process of the city.

Dan Sider, chief of staff at the San Francisco Planning Department, said the disparate numbers among city districts didn’t surprise him at all.

On top of that, he said, many neighborhoods have a lot of single-family and two-family zoning going back decades — which he says needs to change for the city to meet its housing needs.

The neighborhoods that added the most housing didn’t face those same problems, he said. The city center, for example, “has had quite a light touch from a zoning standpoint,” he said, allowing for a large housing development.

Also included in the new housing count are the thousands of units that came to SoMa, Downtown and Mission Bay over the five-year period as a result of redevelopment projects like Mission Bay, Rincon Hill/ South Beach and part of the huge Transbay project that began under the now defunct San Francisco redevelopment agency.

For SoMa and the Mission — which largely comprise remnants of San Francisco’s industrial past — Sider pointed to the Eastern Neighborhoods Plan, which laid out a blueprint for what in the area could become housing, while controlling things like affordable housing and neighborhood amenities. It was finalized in 2009 after a decade of work and community involvement.

Sarah Karlinsky, a housing and land use policy expert at San Francisco think tank SPUR, was also not surprised by the data. Like Sider, she pointed to the plan of the eastern quarters.

In the early 2000s, Karlinsky said, San Francisco began working on area plans as a way to streamline parts of the environmental review for new projects required under California’s Environmental Quality Act. environment and to rezone areas to build more housing, which eventually led to the Eastern Neighborhoods Plan. in 2009.

This plan made it easier for denser housing to rise in the Mission, SoMa, Potrero Hill and the eastern waterfront, she said.

Originally, the vision was that such area plans would be developed for each neighborhood, she said. Sider agreed that the original intent was broader than just the east side. But that never happened in the western neighborhoods, leaving new housing development to be fought on a project-by-project basis.

While she noted that the east neighborhood’s transit access and underutilized land made it easier to implement development plans in these areas, she noted that the city’s western neighborhoods have always been ” diametrically opposed to housing”, leaving these fights project by project to be won by vocal and powerful opponents.

And this process can significantly slow development. A study by researchers at UC Berkeley and UC Irvine published earlier this year found that San Francisco’s housing approval process takes the longest of nearly 30 cities in California – including the 10 larger – to qualify for developments of more than five units.

Within the city, wealthier neighborhoods had higher percentages of projects that took more than three years to be approved. Although the researchers did not investigate why this is the case in San Francisco specifically, they noted that it was consistent with research which shows that “residents of high-resource neighborhoods can use the process of reviewing land use to oppose housing projects.

“I think it’s a problem when some communities think they can opt out,” Karlinsky said. “If you have a lot of communities doing this, you end up with an extraordinary housing crisis.”

Karlinsky added that it also leads to a wealth disparity between neighborhoods and that she thinks mixed-income neighborhoods are important for a healthy city.

“It’s not right to say, ‘I like living near my wealthy neighbors and I don’t want things to change,'” she said. “It’s not good for democracy, and it doesn’t have to be that way.”

This is something the planning department is working to change, Sider said — under immense pressure from the state.

He said his department is focused on passing the housing element, which is the residential development plan that cities are required to provide every eight years, detailing how they will meet state housing goals. . This plan, he said, is partly intended to change the disparity in the construction of San Francisco’s new housing.

And the state sent San Francisco’s housing unit project back to the drawing board last week, telling the city it needed a more realistic plan to build the required 82,000 units by 2030. The plan must be certified by the state by Jan. 31 or San Francisco could lose billions of dollars in public funding for affordable housing.

The document, Sider said, takes the position that cities need to create more density equity, especially in transit-rich areas, and make more use of the land the city already has.

While he acknowledged the state returned San Francisco’s plan with “lots of feedback,” he said his department was aiming to find a way to build more housing in areas that haven’t seen much. development in a way that works for residents.

“We’re not talking about tearing down blocks of single-family homes and building 500-story towers,” he said. “We think we’re looking for a way to do this that’s thoughtful and preserves the character of our neighborhood.”

But he said he is confident the housing disparity will change.

Effective communication is the key to almost everything