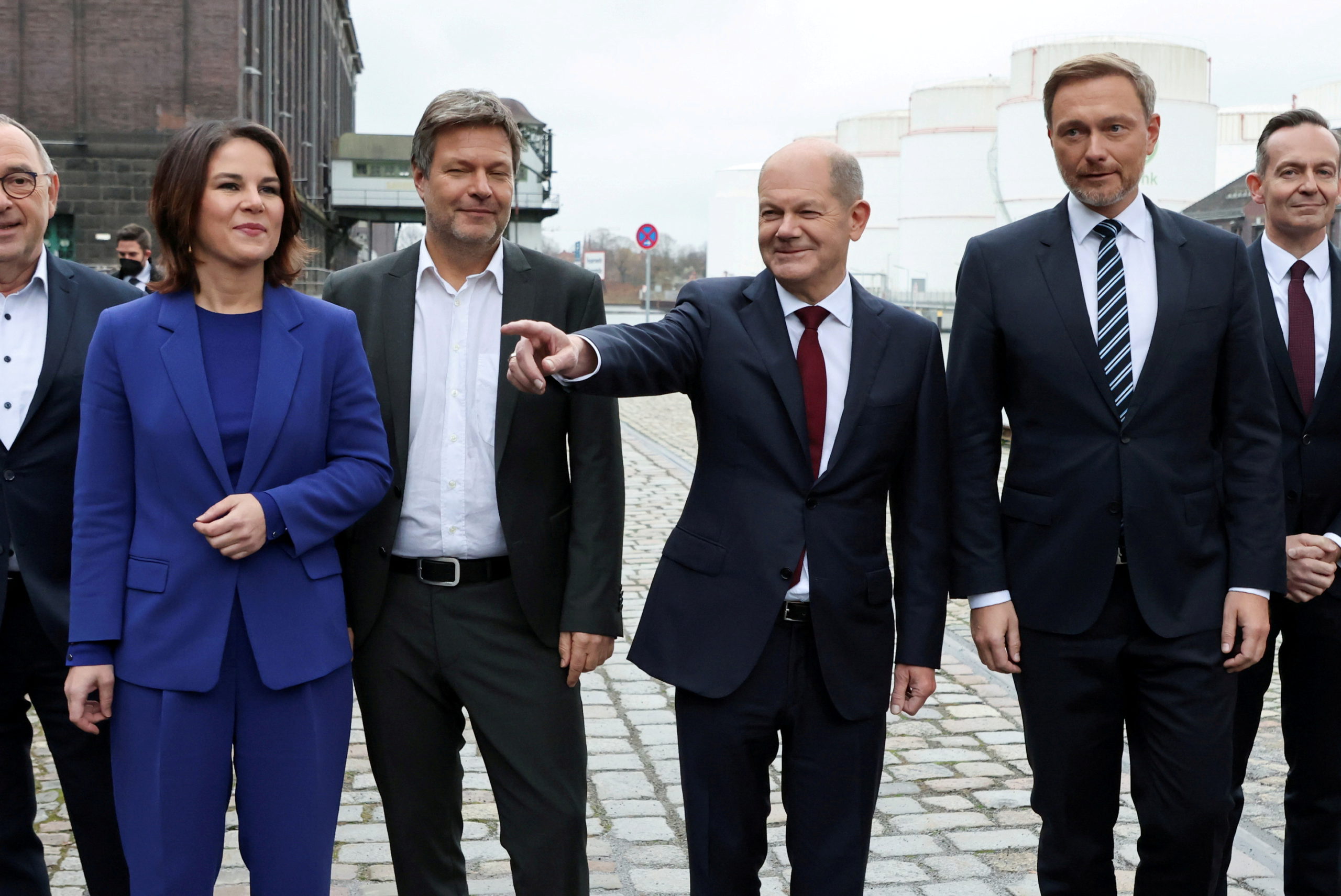 The Germany of 2025 will be more progressive and expand the rights of migrants, young people, women and the LGTBI collective if the next government led by Social Democrat Olaf Scholz keeps the promises of his coalition agreement. After 16 years of executives headed by Angela Merkel’s Christian Democrats, the unprecedented tripartite has concluded a contract that is revolutionizing certain areas, such as those of women’s reproductive rights or the right to citizenship. The coalition of Social Democrats, Greens and Liberals arrives determined to modernize the country under the slogan “Dare more progress”.

All three parties turned to young people, whose voting in the last election reinvented the German political landscape. The Liberals and Greens swept away the under 25s. If only they voted, the German Chancellor would be Annalena Baerbock, the co-leader of the environmentalists. The Liberals have had great success with first-time voters. One in four trusted them, while the party won 11.5% of the total electorate. Thus, one of the flagship measures of the government pact is to allow voting from the age of 16. Some LÃ¤nder are already considering it. From now on, the tripartite will legislate so that adolescents vote in the European Parliament. Also so that they can elect the deputies of the Bundestag, although this is more complicated, because it requires an amendment of the German basic law (constitution).

If the tripartite manages to complete all its proposals, in Germany in 2025 it will also be possible to buy cannabis for recreational use. The Greens and Liberals had defended this initiative because they believed it would end the black market and generate tax revenue. A recent study by the University of DÃ¼sseldorf estimates that the measure would represent nearly 5,000 million euros per year for state coffers.

The changes proposed by the tripartite represent a radical change in migration and integration policies in a country which will need the arrival of 400,000 foreigners each year to cover its staff shortages. A foreigner who settles in the country in 2020 will be able to apply for German nationality in 2025, after only five years of residence – three in the case of “particular achievements of integration”, which are not specified – and will be able to keep the double. the nationality. This last point affects tens of thousands of Turks who remain foreigners after decades of living in the country.

The new rules represent a remarkable evolution from the strict laws of the 80s and 90s, when almost only nationality was acquired by blood (when the father or mother were German). “We will create a modern citizenship law,” write the coalition partners. Germany embraces its status as a migrant country: â€œTo take advantage of Germany’s new potential as a seat of business and science, we want people from other countries to be able to study or train more easily in our country. country â€, declares the tripartite, which also wants to facilitate the steps of the Turkish community, known under the name ofâ€œ guest worker generation â€. For a long time, says the tripartite, their integration was not a priority. Now, “in recognition of lifelong achievements”, the language level they must demonstrate to gain citizenship will be lowered.

The tripartite will promote changes that affect the LGTBI community, such as the repeal of the so-called law on transsexuality, which will be replaced by a â€œlaw on self-determinationâ€. The coalition wants to establish a civil status procedure that allows the modification of the registration of sex in the civil status by means of a simple declaration, just as the Spanish government recently approved. Currently, the agreement stipulates that gender reassignment treatments must be “fully covered” by compulsory German health insurance.

So far, homosexuals and transsexuals are prohibited from donating blood, which the tripartite also wants to suppress. The text also provides that when a child is born from the marriage of two women, both will be â€œautomatically legal mothersâ€.

In the section on countering extremism – Germany considers its biggest security problem to be right-wing extremism – the coalition partners introduce a novelty that could also end up being part of a law. The politically motivated crime registry currently does not include hate crimes against women and gay men, which they now want to reform.

If the parties fulfill their government contract, by 2025 a lot will have changed in women’s reproductive rights, for example regarding termination of pregnancy. Abortion, says the text, “must be part of medical education and training.” There is an article in the German penal code which makes it difficult for doctors to give information about the procedure (219, which prohibits “publicity” of abortion). The tripartite wants to repeal it. He also claims to want to end the harassment of groups of self-proclaimed pro-life women in front of clinics. â€œThe ability to have a free abortion is part of a reliable health system,â€ he says.

The tripartite is also opening up to expand the fertility treatments that can be performed in Germany and those covered by compulsory health insurance. Germany has one of the largest proportions of the population over 65 in Europe and the birth rate is lower than the EU average. â€œWe want to offer more support to people who want to have children,â€ says the coalition. Social Democrats, Greens and Liberals will study the legalization of egg donation – a technique legal in Spain since 1988 – and “surrogacy. [prÃ¡ctica tambiÃ©n conocida como vientres de alquiler] altruistic â€, for which they will create a commission on reproductive medicine.

Artificial insemination with donor sperm can be performed “regardless of medical indication, marital status and gender identity,” says the agreement, which also promises to review age restrictions and cycles of treatment that a patient may undergo. Now, insurers do not cover the amount if the woman is over 40 or if the couple is not married. The federal government will cover 25% of the costs, to assume the total figure in the future, specifies the tripartite. The agreement also includes measures for equality between men and women and to strengthen the fight against gender-based violence, which in Germany remains largely a taboo subject, for which statistics are lacking and which some press still qualify as ” crimes of passion â€. â€.

Absolute priority, keep the most powerful position in Brussels

The German tripartite decided that in 2024 it wanted to bet on a green commissioner. But this principle has a very important caveat: â€œAs long as the President of the European Commission is not German. In other words, the new government is ready to withdraw to Brussels if a compatriot has options to lead the community executive.
The first name that comes to mind is that of the popular Ursula von der Leyen, former Minister of Labor and Defense with Angela Merkel, who now chairs the European Commission. But this does not only benefit him, it can also serve Manfred Weber, the Bavarian of the CSU, the traditional partners of the CDU, who already aspired to chair the Community Executive in 2019. This conservative politician is now the chairman of the popular group in the European Parliament and also aspires to lead the European People’s Party, which would put him in a very good position if he tried to represent himself in 2024 as Spitzenkandidat, that is to say head of his political family list in the next election. This mechanism for electing the highest European magistracy, known by its German word, was used in 2014, but not in 2019. It consists of the different parties electing a candidate at continental level who, in principle, would chair the Commission if they are strength. the most voted. It didn’t work two years ago, despite Weber being the popular spitzenkandidat, as government leaders favored Von der Leyen, another German conservative.
The coalition led by Scholz is now committed to strengthening this electoral mechanism, which strengthens the role of Parliament, which is also in the intentions signed by the three parties in Berlin. / MV GÃ“MEZ