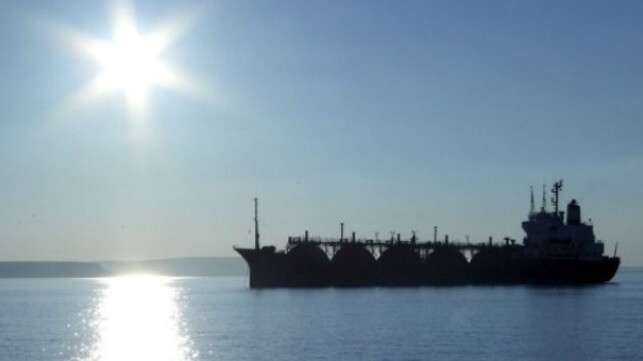 South Korean company Samsung Heavy Industries, in collaboration with Panasia, an energy and eco-friendly systems company, reports that it has developed and is testing a system that can provide a cost-effective solution for carbon capture and storage. aboard a wide range of vessels. They point out that the system designed for conventionally fueled vessels also applies to LNG. provided they believe there is a commercial benefit in meeting IMO carbon emissions regulations and future demand for LNG-powered ships.

Several programs are underway to develop carbon capture on board ships, although some experts have questioned the commercial viability of the technology. Concerns have been raised regarding the operation of the technology as well as the cost required to adapt it to vessels and the impact on operations. For example, a research project undertaken by the Oil and Gas Climate Initiative (OGCI), an industry-led initiative working with data from Stena Bulk, found that mobile carbon capture in shipping is technically feasible. This study found that LNG carriers offered the easiest path to implement viable CCS, as they had the right mix of on-board infrastructure, but concluded that costs were likely to be a barrier to deployment. CCS in the short and medium term.

Samsung has reported significant advancements in its technology, including becoming the first company in Korea to receive in-principle approval from KR, Korea’s classification society, for carbon capture technology. The companies say the technology is environmentally friendly by using an amine-based liquid absorbent to separate and recover carbon dioxide from LNG exhaust that is burned in a ship’s engine or generator .

Recognizing the need for additional carbon reduction technology to achieve carbon neutrality in the medium to long term, Samsung Heavy Industries and Panasia said they started their research project in 2020.

Many experts have predicted that LNG is a transition fuel that provides a short-term solution for the shipping industry to reduce emissions, while more promising alternatives ranging from methanol to ammonia are developed and become readily available. available. Last year, the World Bank, citing data on methanol slippage and other concerns, recommended avoiding LNG and focusing research and investment on ammonia.

Park Geon-il, head of the Ecological Research Center at Samsung Heavy Industries, predicted that the combination of LNG propulsion technology and carbon capture technology should become a realistic ecological solution to meet emissions regulations. IMO carbon. The success of the new technology he predicted will continue to drive demand for LNG ships.

In 2021, the Japanese K Line and Mitsubishi announced that they had successfully tested the first carbon capture system on board a working vessel. Similarly, in an effort led by Japan’s National Marine Research Institute (NMRI), a group of researchers reported that they had developed a carbon capture system for a newly built ship in the incorporating into the ship’s exhaust scrubber. Wärtsilä Exhaust Treatment and Solvang ASA, a Norwegian shipping company, have also announced plans to retrofit a pilot capture system on one of the company’s vessels by 2023.