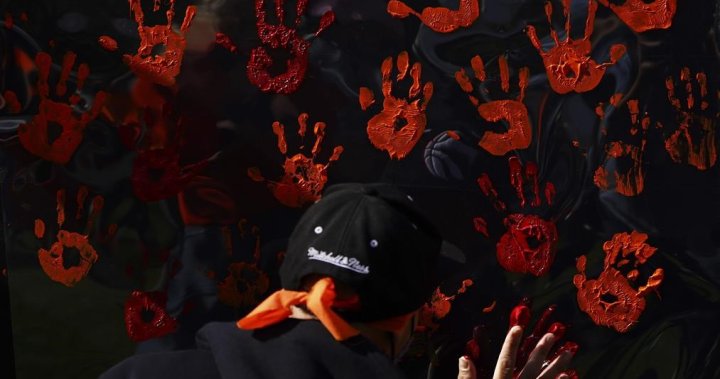 The first-ever report from the Canadian Barometer of Reconciliation sheds light on the gaps in understanding between Indigenous and non-Indigenous Canadians when it comes to reconciliation.

Researchers say Canadians widely recognize the past and current damage caused by residential schools, but the difference in perception between the two groups is “worrying.”

The study found that 75% of Indigenous participants agreed that governments deliberately harmed Indigenous people through residential schools, compared to 57% of non-Indigenous respondents.

Co-investigator Brenda Gunn says Canadians continue to struggle with the idea that the harm was intentional.

“There is a lot of work that Canadians need to do to think about this idea and think about what makes them resist or do not yet understand“, said Gunn, who is academic and research director at the National Center for Truth and Reconciliation.

The research group also observed similar differences of opinion on many other indicators like the extent of inequality that indigenous peoples face, Gunn told Global News on Tuesday.

Larger proportions of Indigenous participants agreed that the two groups did not enjoy equal life outcomes and were not treated fairly in social systems.

The report based its findings on two surveys that took place from December 22, 2020 to February 19, 2021 and from April 22, 2021 to June 8, 2021, in which a total of 1,112 Indigenous and 2,106 non-Indigenous respondents participated. The second investigation ended after reports of unmarked children’s graves at the former Kamloops Indian Residential School emerged in late May.

Education and equitable policies are key to reconciliation

“You can think of (reconciliation) as being at the individual level, and there are individual things that people can do,” said Starzyk, who is also an associate professor of psychology at the University of Manitoba.

“There are also system-level changes that need to happen, and so this requires organizations and governments to understand how they are contributing to progress towards reconciliation or the lack thereof.”

Governments should prioritize areas that need the most work like child protection, criminal justice and medical systems to ensure budgets reflect those needs, Gunn said.

Largest gaps in the Prairie region

According to the report, progress on reconciliation has varied by region, with the largest gaps appearing in the Prairies.

“We talk about it as a Canadian project, but our approach may not be one that can be sort of universalized for Canada,” Gunn said.

“It’s really important to have specific regional data so that the policy approaches, the changes that we’re advocating can really respond to where we find ourselves in different places in Canada.

The researchers plan to update the barometer on an annual basis in hopes of inspiring Canadians and decision makers to continue making progress on reconciliation.

“Our report suggests that we have started our march – there are some bright spots in our findings – and we have a lot of work ahead of us,” Starzyk said.

Indigenous delegation to the Vatican postponed to early spring – February 1, 2022

Does scaring people work when it comes to health messages? Communication researcher explains how it went wrong during the COVID-19 pandemic