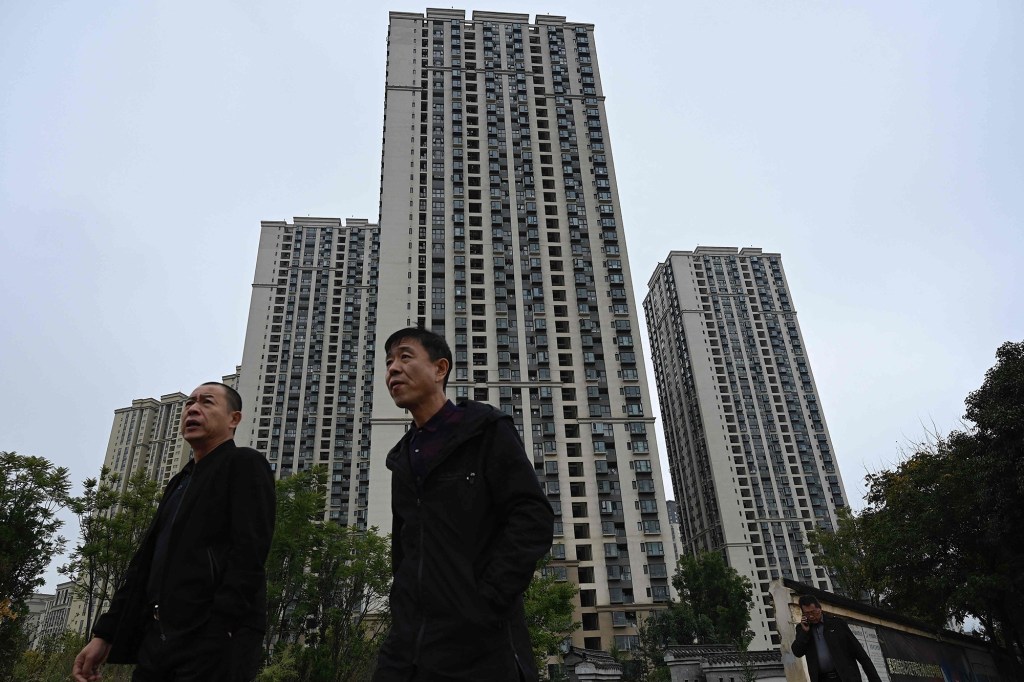 Paul Krugman’s terrible warning on China and other comments

Liberal: China is in big trouble

The Chinese leaders “have not really addressed the underlying problems in their economy, they have masked these problems by creating a real estate bubble which will end up making the problem worse.” New York Times’ Paul Krugman warns. Indeed, “Chinese investments in real estate now far exceed American levels at the height of the real estate bubble of the 2000s”, which raises fears “that the debt problems of the giant real estate developer Evergrande are only the tip. of a wider economic crisis “. And his “autocratic government” is “the kind that in other times and places has tended to respond to internal problems by seeking an external enemy. And China is also a superpower.

“When the economy wakes up, everyone becomes dumber and poorer” says Rachel Bovard of the Federalist. Take the mass dismissal of its docents by the Art Institute of Chicago – “the knowledgeable volunteers who give tours of the museum and its art – because they are mostly” older white women in the world. above average financial means ”” (with time for “18 months of training twice a week” and “five years of continuous research and writing”) and therefore not “demographically diverse”. This “sign of frivolous virtue” sacrifices a huge “knowledge base”: “museum visitors of all financial, demographic and racial backgrounds” will “now likely have a pushed audio tour in their hands and be asked to fend for themselves. alone. »Argh! “Woke Inc. remains stubbornly ignorant of who all of this hurts the most.”

The “argument that historical statues oppress people of color in the present has become commonplace”, observes Paddy Hannam from Spiked. Last victim: the sculpture of Thomas Jefferson in the council chamber of the town hall. The statue’s enemies believe that “America is steeped in original sin that she cannot overcome.” Yet slave owner Jefferson “was the key” to the country’s “legacy of freedom”. When “Martin Luther King campaigned for civil rights, he spoke of cashing a check written by the founding fathers – a ‘promissory note’ on the rights to life, liberty and the pursuit of happiness.” . Activists “now see people of color as chained forever to a past from which they cannot escape.” But we, like King, should aim “to overcome the evils of the past, rather than insisting on being defined by them.”

Starting from the right: Fauci’s lie

“Rand Paul was right – Anthony Fauci is a liar”, detonates Washington Examiner’s Becket Adams. “Take the word of the National Institutes of Health, which revealed” that the EcoHealth Alliance “violated the terms of its federal grant” and “carried out gain-of-office research at the Wuhan Institute of Virology,” exactly what health officials say, “Most notably, the director of the National Institute of Allergy and Infectious Diseases, Anthony Fauci, assured everyone was an absurd lie.” In fact, EcoHealth informed the NIH of his work in Wuhan in 2018 and 2020, long before Fauci told Congress, in a heated July exchange with Senator Paul, that “the NIH had no part in the search for Wuhan Institute of Virology to mutate animal viruses to infect humans.

A Quillette, Peter H. Schuck of Yale Law criticizes MIT “Cowardice in the face of intimidation and threats from right-thinking students and their faculty allies.” He had invited University of Chicago geophysicist Dorian Abbot to lecture “on climate and the potential for life on other planets,” but quashed complaints that he wrote that “the diversity, equity and inclusion ”on campuses today“ violates ethical and legal principles. principle of equal treatment. But then Princeton College invited him to give the lecture, and “thousands of students have signed up” to attend, Schuck said. DCI actually involves “strict affirmative action regimes based on race, ethnicity, gender, and a few other attributes”, while “orthodoxies” of culture nullify “less authentic diversity”. So “MIT should be ashamed of its cowardly support for bullying – and perhaps other more principled institutions will heed this simple exemplary lesson.”– Compiled by the Post Editorial Board