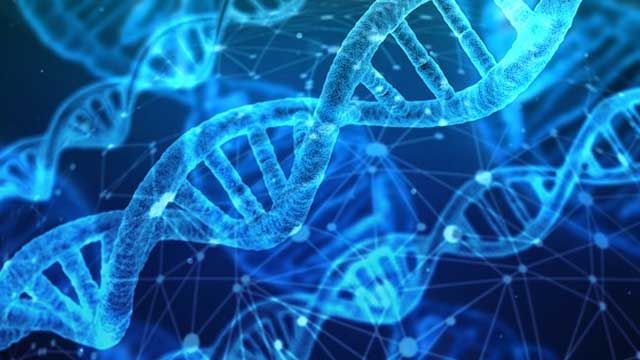 A new genetic mapping study by researchers at the Johns Hopkins Bloomberg School of Public Health traces the links between variations in DNA and thousands of blood proteins in two large and distinct populations. The results should help researchers better understand the molecular causes of diseases and identify proteins that could be targeted to treat these diseases.

The study included more than 9,000 Americans of European or African ancestry and generated DNA-protein linkage maps for both groups. The study is believed to be the first of its kind to include two large ancestrally distinct population cohorts. Proteins play a critical role in cell function, and changes in protein mechanisms, often regulated by variations in DNA, can lead to disease. DNA-protein mapping could help explain differences in rates of certain diseases in the two groups and help researchers understand certain health disparities.

The study appears on May 2 in Natural genetics.

Researchers have been mapping the molecular roots of human diseases for decades through so-called genetic mapping studies. The best known is the genome-wide association study (GWAS). A GWAS typically links DNA variations to disease risk by analyzing the DNA of subjects – often tens or hundreds of thousands of individuals at a time – as well as their history of a given disease. This reveals statistical associations linking the disease to specific DNA variations.

Missing from the GWAS image: Most disease-related DNA variants identified by GWAS analysis are not found in protein-coding genes. The researchers therefore hypothesized that many, if not most, disease-related DNA variants affect proteins indirectly, by regulating one or more steps in the gene-protein production process, thereby altering protein levels. By linking diseases directly to proteins, researchers can better understand the roots of disease and also identify protein targets for disease prevention and treatment.

To demonstrate the application of DNA protein mapping, the researchers used it to identify an existing drug for rheumatoid arthritis as a plausible new treatment for the common joint pain disorder known as gout.

The study was a collaboration between Chatterjee’s team and the research group of Josef Coresh, MD, Professor George W. Comstock in the Bloomberg School’s Department of Epidemiology and one of the paper’s co-authors. , and colleagues from several institutions.

The analysis looked at 7,213 Americans of European descent and 1,871 African Americans in the long-running Atherosclerosis Risk in Communities (ARIC) study, led by Coresh; and 467 African Americans from the African American Kidney Disease and Hypertension Study (AASK). In both of these studies, the research teams had sequenced the participants’ genomes and recorded the blood levels of thousands of distinct proteins.

For their mapping study, Chatterjee’s team analyzed ARIC and AASK genomic data to identify more than two thousand common DNA variations that lie near the genes coding for many of these proteins and correlate with the levels blood proteins.

“The value of knowing these DNA variants that predict certain protein levels is that we can then look at much larger GWAS datasets to see if these same DNA variants are linked to disease risk,” says Chatterjee.

Using a Euro-American dataset, they found it predicted several proteins whose levels would influence gout risk or blood levels of the gout-linked chemical urate. These proteins included the interleukin 1 receptor antagonist protein (IL1RN), which appears to reduce the risk of gout – a finding that suggests that the existing rheumatoid arthritis drug anakinra, which mimics IL1RN, as a plausible new therapy for gout.

Having data from both white and black Americans allowed the researchers to map protein-related DNA variants more finely than if they had been limited to one or the other. The models of African ancestry generated in the study will allow future analyzes of how the genetic backgrounds of different populations might contribute to differences in disease rates.

The team has made its datasets and protein prediction models publicly available in line so that researchers can use the resource. The Chatterjee team and collaborators plan to conduct further studies in the ARIC and AASK cohorts, as well as other miscellaneous cohorts, to gather information about proteins and other factors that influence the DNA causal chain. -sickness.

This article was republished from the following materials. Note: Material may have been edited for length and content. For more information, please contact the quoted source.