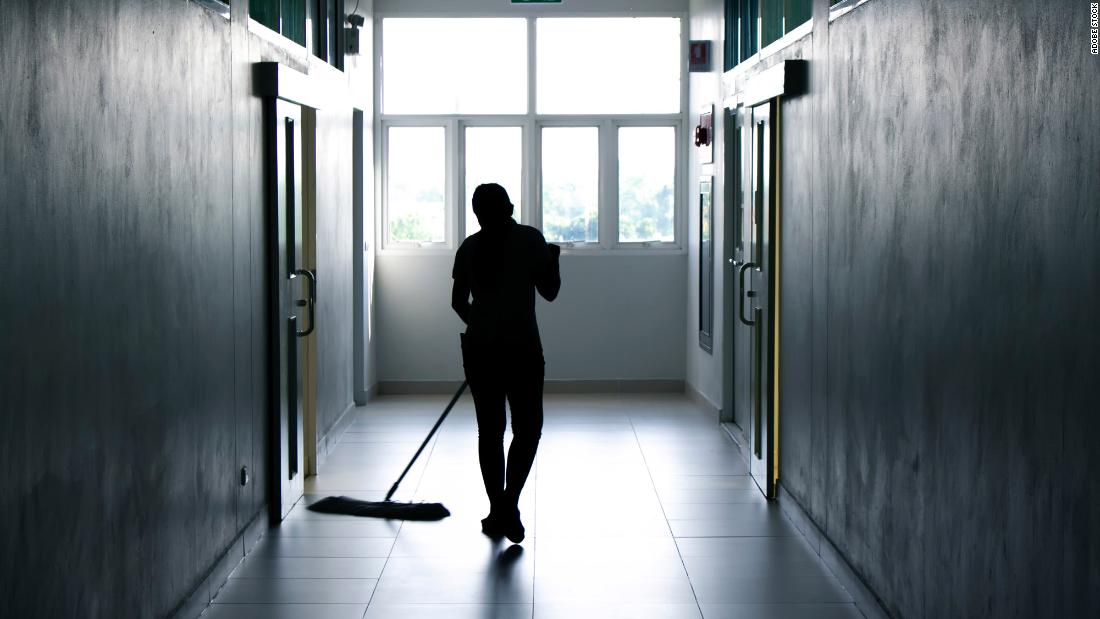 Nearly a Third of American Workers Earn Less Than $15 an Hour, Study Finds

These workers, whose annual income is less than $31,200, are disproportionately women and people of color, according to the study.

Half of working women of color earn less than $15 an hour, as do nearly 58% of single parents.

“It is shameful that at a time when many American companies are posting record profits, some of the hardest working people in this country – especially the people who keep our economy and our society running – are struggling to get by and fall behind,” Kaitlyn said. Henderson, study author and senior research advisor at Oxfam America.

The report is one of the latest efforts to push to raise the federal minimum wage above the current $7.25 an hour, where it has been since 2009. Many worker advocates would like to see the threshold raised to $15 an hour, which they say is a first step towards creating a more living wage.
Soaring inflation, which has driven up the prices of food, housing, gasoline and other basic necessities, has made it even harder for low-income families to survive on their wages, said Oxfam America.

Take Vikki Tully, 65, who lives in Alkol, West Virginia. She earns $12.70 an hour after working as a Head Start teacher for 26 years.

Soaring gas prices mean she and her husband will be making fewer trips this summer to visit their grandchildren in Virginia Beach, while the rising cost of lumber and building materials means that they will have to postpone repairs and updates to their home.

A lower salary also makes it harder for his Head Start program to fill vacancies. A teacher’s aide, for example, starts at $10.10 an hour, while bus drivers and cooks start at $9.87 an hour, she said.

“We’re understaffed in one of the centers because nobody wants to work because of the salary,” Tully said. “They tried and tried to hire people. We also lose people to other jobs.”

A growing number of companies have raised wages to attract and retain workers – a trend that began even before the pandemic. Last year, Under Armor raised its minimum wage to $15 an hour, while Amazon, Costco, Walmart, McDonald’s, Starbucks and others said they would raise the wages of some or all of their employees. Target announced last month that it would raise its starting salary for certain positions to $24 an hour.

The Biden administration raised the minimum wage for US-based federal civilian workers and federal contractors to $15 an hour earlier this year. Several Republican attorneys general have challenged President Joe Biden’s power to lift the threshold for federal contractors.
The president also sought to raise the federal minimum wage to $15 an hour as part of the American Rescue Plan Act, which he signed into law in March 2021. However, the Senate congressman spoke out against his inclusion in the Covid-19 relief bill, saying it failed to meet a strict set of guidelines needed to move the Senate reconciliation process forward.
Democratic lawmakers have repeatedly introduced the Raise the Wage Act bill, which would raise the federal minimum wage to $15 an hour and phase out the below-minimum wage for tipped workers, young employees and disabled workers. But it was never passed by the Senate.

There are various analyzes of how many people earn less than $15 an hour. The left-leaning Institute for Economic Policy last year found that 22 million people would see their wages rise if the federal minimum wage was raised to $15 an hour in 2025 under the Wage Increase Act.

Oxfam America’s figure is higher because it includes the number of people currently earning less than $15 an hour and looks at a broader set of workers that includes tipped workers, sub-minimum wage workers , gig workers, agricultural workers and social workers, Henderson said. . It also includes Puerto Rico, which adds almost a million people.

Both analyzes are based on US Census Bureau data.

Where do the lowest paid workers live?

Oxfam America, which supports the Raise the Wage Act, also looked at which states had a higher share of their workforce earning $15 an hour.

The South has a disproportionate percentage of workers earning less than that threshold, as do some states in the Midwest and the Rocky Mountain region, the study found.

In Texas, for example, more than 60% of women of color earn less than $15 an hour. In Mississippi, 45% of the state’s workforce earns less than that amount.

At the other end of the spectrum, Washington, DC has a minimum wage of $15.20 an hour, while California’s minimum wage this year has risen to $15 an hour for large corporations. Some localities, including Seattle, Denver and Los Angeles, have even higher minimum wages.

Next Generation Communication Technology Market Size and Forecast by 2022-2029