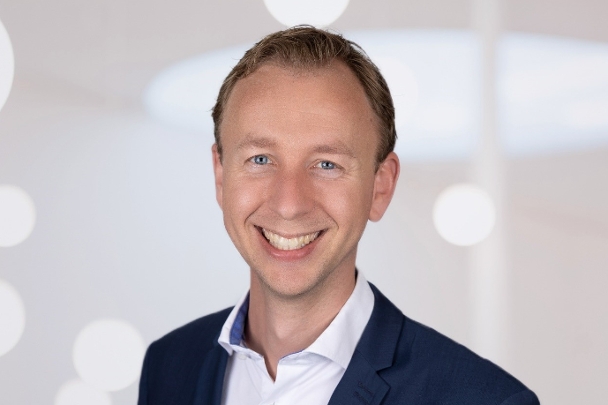 UvA Researcher Mark Boukes, Associate Professor in the Department of Communication Sciences, received the prestigious Early Career Scholar Award at the ICA’s 72nd Annual Conference in Paris. The award honors a young researcher for a body of work that has contributed to knowledge in the field of communication and that holds promise for continued development.

Each year, the International Communication Association (ICA) presents the Early Career Scholar Award which honors a researcher no more than seven years after obtaining their doctorate for the body of their work which has contributed to the field of communication sciences. and are promising for continued development. The selection committee judges the contribution and promise of young researchers based on the strength of the published work, the productivity of the researcher, the rigor of the research produced so far and the promise of existing work serving as a springboard for the continuation of studies.

The association noted the wealth and quantity of work that Boukes already produced at a young age. Studies have been published in the most influential journals in the field and have received numerous readings, citations and awards. In addition, he has been recognized for his role as a mentor to young university students.

Mark Boukes in reaction to receiving the award

“It’s an incredible honour,” said Mark Boukes in reaction to receiving the award. “I have been visiting the ICA conference since my first year as a PhD student in 2012 and now receiving this award is not something I could have imagined at the time. Of course, I owe a huge thank you to all of my supervisors, mentors, co-workers, collaborators, and friends with whom I have worked, taught, and laughed along the way. The cliché was certainly true that it takes a village to raise a child to the scholar I am now, which also strengthens my motivation to help the next generation of scholars in the field achieve their own milestones.

The International Communication Association (ICA) aims to advance the scientific study of communication by encouraging and facilitating excellence in academic research worldwide. The ICA began more than 50 years ago as a small association of American researchers and is now an international association with more than 5,000 members in more than 80 countries. The Early Career Scholar Award has been presented annually at the ICA Annual Conference since 2001.

Faculty of Social and Behavioral Sciences

/Public release. This material from the original organization/authors may be ad hoc in nature, edited for clarity, style and length. The views and opinions expressed are those of the author or authors. See in full here.