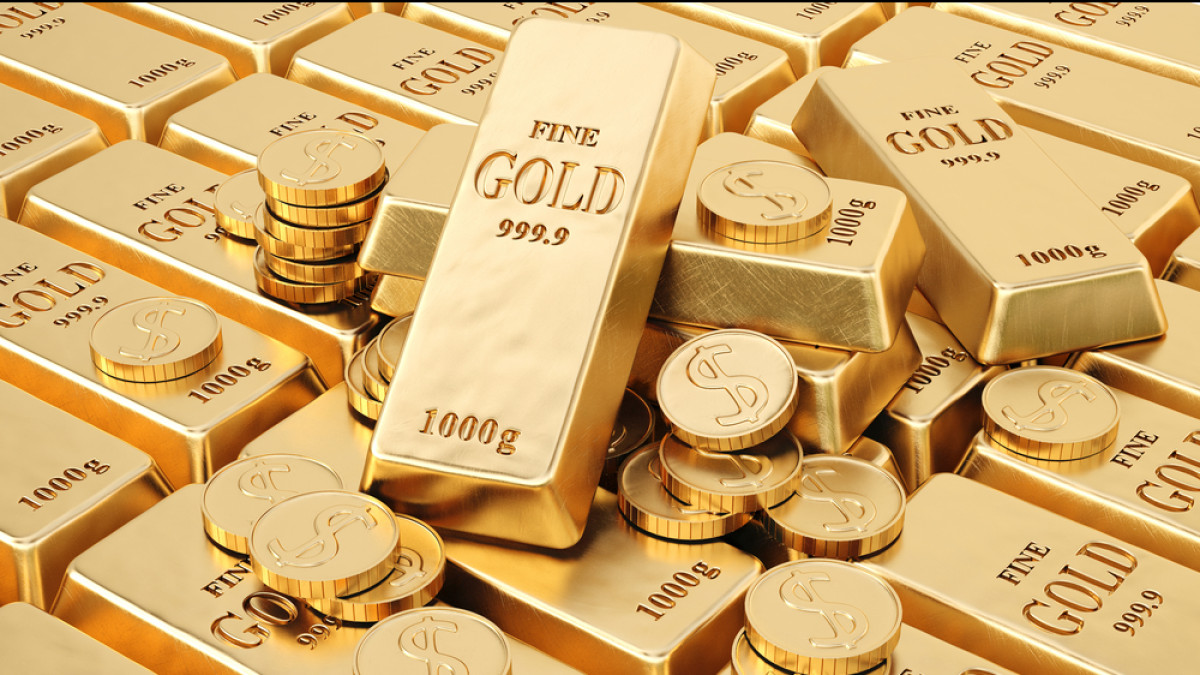 Incidentally, when the Russian-Ukrainian war broke out, the price of gold rose above $2,000 on COMEX, a division of the Chicago Mercantile Exchange, and on the Indian market. Multi-Commodity Exchange (MCX), the price of gold increased by 4.66% to reach 52,559 rupees on March 7, 2022.

According to Sriram Iyer, senior research analyst at Reliance Securities: “The unexpected war between Russia and Ukraine pushed prices above $2,000 an ounce. Geopolitical factors have had an impact on the crisis, as gold acts as a safe haven and outperforms other asset classes.

Megh Mody, commodity and currency research analyst at Prabhudas Lilladher, says gold is an inflation hedge and its price sometimes reacts to inflation numbers, but that’s not always the case.

“When there was a growing geopolitical problem, gold had a meteoric rise, but it was short-lived as the US Fed returned to control inflation. Gold is a hedging tool against the inflation and, therefore, the price reacts to inflation figures, but not always. As a general rule, the value of gold increases when the cost of living increases. But now gold remains under pressure on the back of the dollar index, which is currently trading higher amid rising US inflation,” Mody added.

According to experts, there are few possible reasons for this.

Relationship of gold to the dollar: Iyer said normally gold is one of the hedges used to fight rising inflation. But that said, it’s not a perfect hedge. “After US inflation hit 8.6%, the US Fed raised the interest rate by 0.75%, causing the dollar to appreciate. The benchmark US 10-year interest rate hit 3% following the Fed’s decision. So the age-old argument that gold is in an inverse relationship to the dollar is also true now,” Iyer added.

Iyer further said that they currently believe the US Fed will opt for gradually raising interest rates rather than becoming aggressive, so that the US economy does not slip into a recession. Therefore, the current negative impact on gold prices is due to gradual rate hikes, and it is not aggressive.

“A more aggressive (interest rate) tightening could lead to a recession and could push investors into gold to counter a decline in riskier asset classes like equities,” he added.

Gold prices are determined by demand: Gold is an asset that by nature does not earn interest or income, and is driven solely by the economic forces of supply and demand. Deepesh Raghaw, founder of PersonalFinancePlan, a registered investment adviser with Sebi (IA), explains that normally when people buy other asset classes they check the asset’s future earning potential, ability to cash flow generation, interest income in case of obligations, among others. But in the case of gold, its returns are dictated solely by the market forces of supply and demand.

“Therefore, one of the factors that can drive down gold prices right now is that the demand for gold is not that strong among market participants, and they prefer other assets, which can provide them with better returns,” he adds.

Treasury yields: Central banks around the world, including the Reserve Bank of India (RBI), have raised interest rates to curb the lingering problem of inflation.

According to Mohit Nigam, head of PMS, Hem Securities, a strong dollar and higher bond yields have put pressure on the price of gold. As a result, the dollar has become attractive to investors.

“While gold is considered a hedge against inflation, rising US interest rates increase the opportunity cost of holding non-performing bullion, since gold earns no interest and is not not good for the price of gold as silver will now go back into debt Gold prices are falling as the dollar rises, and US bond yields have eclipsed support from concerns over soaring inflation” , he added.

Impact on China: China is the world’s largest consumer of gold, and in 2021, according to data released by China Customs, it imported 818 tons of gold and consumed 1,120.9 tons of gold. The demand for gold in China had greatly exceeded its production many years ago, and so China had started importing gold to meet the increased demand.

But recently, according to reports from analysts at Nomura Security holdings and others, China has struggled to meet its 5.5% GDP growth target.

“With the Covid-19 outbreaks suppressing a wide range of sectors, including in-person services, construction and some manufacturing activities, it is becoming increasingly difficult for Beijing to meet its GDP growth target of 5, 5% for 2022,” read an analyst report.