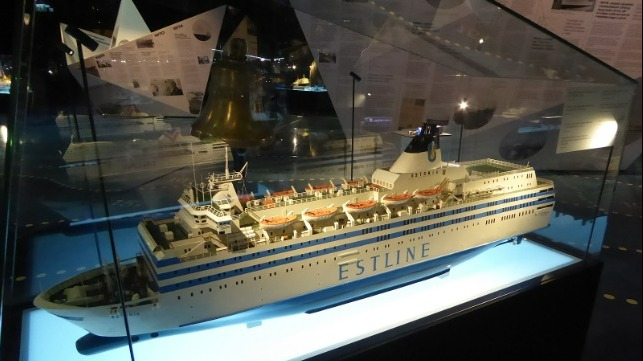 Relatives of Estonia maritime disaster organized a privately funded expedition to search for clues to one of the maritime industry’s deadliest peacetime tragedies.

Over the weekend, 46 people left the Dutch port of Eemshaven aboard a research vessel Sentinel, towards the wreck site off the Finnish island of Uto. â€œWe have been preparing for the expedition for three months and we remain optimistic. Our goal is to map all damage to the vessel, photograph and digitize instances of such damage, as well as investigate the car deck and surrounding area of â€‹â€‹the wreckage site, â€said Margus Kurm, director of SA Mare Liberum, an initiative founded by relatives of the victims of the shipwreck.

The Estonia is one of the most controversial maritime accidents in recent history. On the night of September 27, 1994, the ro-ro / pax ferry departed from Tallinn to Stockholm on a regular route. The weather was harsh, with winds of up to 40 knots and waves of up to 20 feet.

At approximately 12:55 a.m. the next morning, passengers heard a loud bang. 15 minutes later, the ship’s bow visor detached, causing flooding on vehicle decks. It listened rapidly to starboard, reaching 60 degrees over the next 15 minutes. It was not possible to launch its lifeboats due to the heavy list, and the passengers on the deck of the boat began to abandon the vessel in the water. At 1:50 am, less than an hour after the first signs of trouble, she slipped below.

Hundreds of people managed to abandon the ship, but had to contend with strong waves and deadly temperatures until rescuers arrived. Despite the efforts of nearby ships and several rescue helicopters, only 137 of the 989 people on board Estonia Survived.

“Although over the decades many different inquiries have been carried out, they have not been able to give survivors and relatives of those who have died comprehensive answers as to why Estonia perished, “Kurm said.

During the expedition, the divers plan to conduct underwater research to investigate the wreckage on the sea floor. All evidence will be analyzed by Dr. Andrzej Jasionowski, a forensic naval architect specializing in hydrodynamics and simulation of damaged ships.

The expedition is financed by private funds from donations at a cost of $ 930,000. The research vessel was chartered by the German company RS Offshore and is equipped with four underwater robots.

Last year, a private expedition organized by documentary filmmakers Henrik Evertsson and Linus Andersson discovered what appeared to be a 12-foot hole in estonia hull – an item that was not discussed in the official accident investigation. In response, the Swedish authorities accused them of violating a 1995 treaty that protects the Estonia site of disturbance; in February 2021, a Gothenburg court dismissed the charges.

What you need to know about the investor mix at Cidara Therapeutics, Inc. (NASDAQ: CDTX)