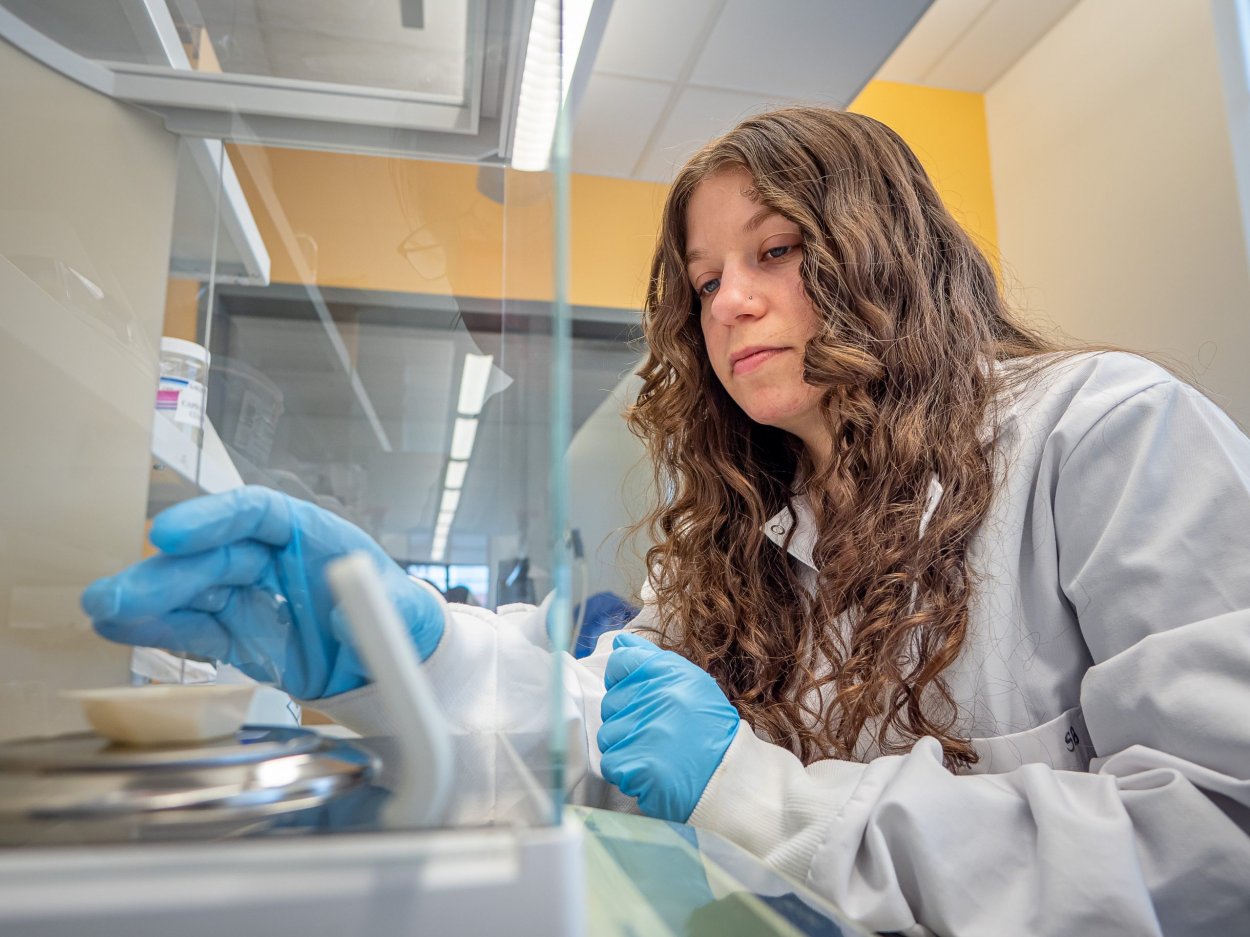 How student researchers can change the world – newsroom

Ask Earth and Environmental Scientist Samantha Benjamin about global warming, and she’ll likely take you back to the Paleocene-Eocene era and the rapid global warming event that took place there. is 56 million years old.

Benjamin, now a senior, knows so much about the Paleocene-Eocene Thermal Maximum (also known as PETM) because, like many undergraduates at the College of Science and Mathematics, she had the opportunity to conduct research with a faculty researcher on topics of interest to them.

And this research has paid off.

Benjamin won first place at the 2021 Mario M. Casabona Future Scientists Awards competition in November for his research on PETM.

As part of the Future Scientists program, Benjamin, along with five other student researchers, presented his research both in a poster session and in five-minute oral presentations at the awards show at the Center for Environmental and Life Sciences in November. The program trains student researchers to communicate their scientific research to the general public, thereby helping them succeed in their graduate studies and career paths. Program sponsor Mario M. Casabona, entrepreneur and founder and CEO of TechLaunch LLC and Casabona Ventures, attended and was joined by a panel of professional judges, who determined the winner.

The students presented research on topics ranging from teaching math to the structure of neutron stars in gravitational waves, to a protein’s relationship with melanoma to how the treatment of inflammation can be. derived from mathematical models, and much more.

Undergraduate and graduate research is a hallmark of the College of Science and Mathematics, says Dean Lora Billings.

â€œFaculty-led student research is really important because it not only allows the student the freedom to explore and be creative, but also to problem-solve with confidence to think outside the box,â€ says Billings. â€œIt comes under the world of experiential learning, where a student uniquely applies what they have learned in the classroom, then hones their communication skills by telling the story. “

Studying and doing research with professors is an important step for many future scientists. Before receiving the research opportunity with assistant professor of Earth and Environmental Studies Ying Cui, Benjamin said she did not feel qualified for the research.

â€œAt first, I was very intimidated because I said to myself: ‘Here I am, an undergraduate student, with no qualified professional experience and certainly not specializing in a singular subject,â€ explains Benjamin.

However, Cui made it clear that she was very open to involving students of all skill levels, and Benjamin’s experience has been significant since.

â€œThis experience will be an experience that I will carry with me in my future,â€ says Benjamin. â€œDr. Cui is an incredible mentor and my involvement has given me the chance to understand more deeply the time, effort, money and methods that come with real research.

Winning the top spot after showcasing her research on how black carbon is used as a tool to understand how ecosystems have responded to global warming from PETM was a great feeling, she says. Her research gave her the preparation she needed to confidently discuss how society depends on the ecosystem, and therefore understanding how it will respond to climate change is essential.

As part of his research, Benjamin had the opportunity to work with high quality equipment alongside other student researchers like Melissa Spigelman, a junior in molecular biology, who also gained significant experience from his research.

Spigelman received second place and the public favorite for her research on a protein known as ICER and its relationship to melanoma – the deadliest form of skin cancer. His goal is to create a cream containing ICER and proteins that could kill melanoma and prevent the spread of these cancer cells.

Her interest in research was inspired by her best friend who suffered from Hodgkin lymphoma, a cancer of the lymph nodes. While Spigelman has always had a hidden passion for biology, watching her friend fight cancer has inspired her even more to change the world.

â€œI wanted to help in any way I could,â€ says Spigelman.

While her friend was undergoing cancer treatment, Speigelman was given a remarkable opportunity at Montclair State through one of her close friends, Angelo Cirinielli. At the time, Cirinelli was a senior researcher at university when she was only a last in high school. After speaking with biology professor Carlos Molina, Cirinelli was able to bring Speigelman on board. The two have since worked together on research projects.

â€œIt was honestly a real blessing that Dr Molina was ready to try his luck with me at such a young age,â€ said Speigelman. “I’m so glad that one day in the future I feel like we can find a cure for really aggressive cancers like melanoma.”

The research opportunities offered to students at Montclair State have taken Cirinelli to the next level of his career in molecular biology. After winning a first place award for melanoma cancer research at the 2019 Future Scientists Awards, he is now studying at Rutgers in the Biomedical Doctoral Program.

â€œIt was very meaningful to work with Dr Molina on research as an undergraduate student and now as a doctoral candidate,â€ Cirinelli said. “At the event, it was great to see that other people also understood the importance of the projects we are doing in the lab.”

When Cirinelli was in first grade he knew he wanted to get into research but was unsure how to get involved. Dr. Molina’s research caught his attention for a semester, so he decided to just ask him if he needed any help.

â€œA lot of people don’t know how to go to professors during their office hours and just ask them. The worst thing they can say is that their lab is full, â€says Cirinelli.

Once involved in research, students typically devote an average of 16 to 18 hours of research per week, while projects take at least one or two years to be presented in the annual Mario M. Casabona Future Scientists Awards competition.

Gianna Fazzini, an elder from West Caldwell, New Jersey, was the first math student to present at the Future Scientists event. Through her research in math education, she hoped to open people’s eyes to the world of math education and where it is heading.

Through his research with assistant math professor Joseph DiNapoli, Fazzini urges students to get involved in research and to bring about new changes in the world.

â€œBeing able to research something that was so meaningful to both of us made this experience an enjoyable one and I strongly urge anyone who has the chance to research on campus to take advantage of it as it gives you the opportunity to see the world in a different light, â€says Fazzini.

Student researchers take a positive approach to research, science, and math in the hopes of encouraging others to follow their example and make the decision to embark on something that didn’t seem possible.

By Growth Rate, Type, Applications, Geographies and Forecast to 2026