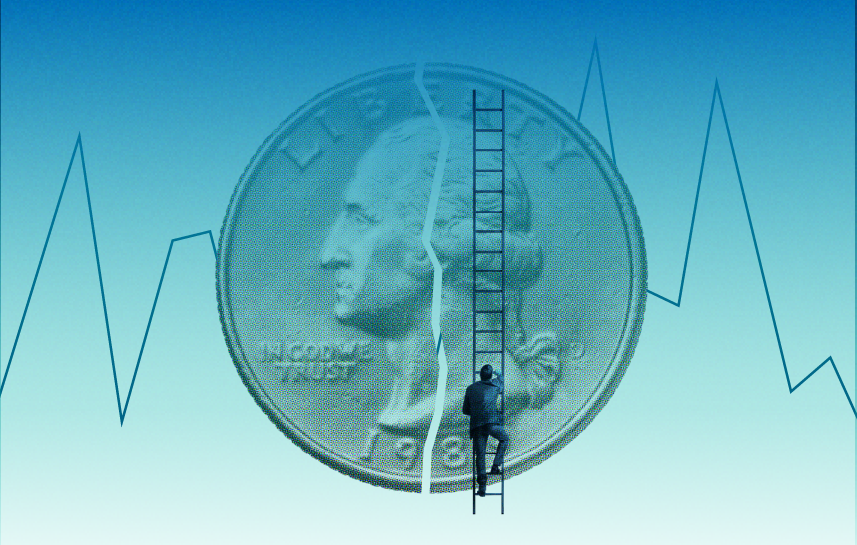 How much does high inflation really affect retirees?

But the real impact of inflation on retirees is more complex. Much depends on your financial situation and age, as well as how you handle healthcare costs and Social Security claim decisions.

Let’s start with an overview of how retirees are feeling these days. Despite the economic turmoil created by the pandemic, rising inflation and market volatility, most retirees remain remarkably confident. The latest Retirement Confidence Survey released by the Benefits Research Institute reveals that nearly eight in ten people are confident that they will have enough money to live comfortably through retirement, and one in three is very confident.

Those who are less confident cite inflation as their main concern. This reflects current headlines about very high inflation rates, of course, although even moderate inflation is still an important factor in retirement plans. One hundred dollars—assuming a 2% inflation rate—would have the same purchasing power as $164 after 25 years.

Additionally, rising health care costs can be devastating for low-income households. Half of Medicare enrollees had incomes below $29,650 in 2019, and one in four lived on less than $17,000. Many struggle to meet basic needs, especially in parts of the country where costs are high.

How retirement spending changes over time

But for wealthier households, the impact of inflation depends a lot on where you are in the life cycle and how you spend.

JPMorgan Asset Management research concludes that average household spending is highest in mid-life; older people spend less in all categories except health care and charitable contributions. Average annual spending goes from $94,000 among households aged 65 to 69 to $77,000 among those aged 80 to 84. Notably, there is an increase in spending towards the end of life as health care costs accelerate, with the possibility of long-term care spending.

Among households aged 75 and over, the researchers found that housing, health care, food and drink, transportation and charitable contributions accounted for 84% of spending. Notably, housing is the largest expense category for this group (38%), and it accounts for a much larger share than health care (14%).

Most older Americans own their own homes. If they have a fixed rate mortgage or own their home, housing costs are inflation free except for property taxes, maintenance costs and utility bills.

“If you’ve paid off your mortgage, or are about to, housing may be one of the areas of declining costs in retirement,” says Sharon Carson, defined-contribution strategist at JPMorgan.

The critical role of social security

Social security is an essential source of protection against the impact of inflation.

That means Social Security acts like an inflation-adjusted annuity in your wallet — and as such, it makes sense for retirees to maximize their benefits by delaying demand whenever possible, Carson says. “Higher-income households are more able to afford to wait to claim, and it’s just crucial to do so,” she says. “The longer you wait, the bigger your monthly benefit will be and you’ll get annual cost-of-living adjustments on that broader basis for the rest of your life.”

The annual cost of living adjustment built into Social Security, or COLA, is unique and valuable. Yet observers of pension policy have debated for years about the appropriateness of the formula used to determine the annual COLA.

Social Security determines the COLA each fall by averaging the Consumer Price Index for City and Office Workers, or CPI-W, during the third quarter. Annual COLAs are applied to future benefit amounts in the year a worker turns 62. So even if you delay, your future benefits keep pace with inflation.

Critics note that the CPI-W reflects a basket of goods most relevant to working households. The US Bureau of Labor Statistics has an experimental alternative measure, the CPI-E, which places more weight on health care and other costs more relevant to older adults.

Researchers from the Center for Retirement Research at Boston College recently noted in a research paper that the CPI-E is subject to errors due to the construction of the index. Notably, it is constructed using a relatively small sample size.

Over time, it has risen a little faster than CPI-W, but it doesn’t always deliver the goods. The CRR researchers note that the COLA of 5.9% awarded for 2022 (the highest since the early 1980s) would actually have been only 4.8% as measured by the CPI-E, because it places less weight on transport than the CPI-W. The CPI-E effectively missed the big spike in gasoline prices last year. Another unusual inflation trend last year that would have reduced a CPI-E driven COLA is that medical care prices actually fell four tenths of a percent last year as the novel coronavirus pandemic coronavirus depressed use.

In the Medicare program, the average annual growth rate of spending per enrollee has been slower over the past decade (1.9%) than in private sector insurance plans (2.8%), according to the Kaiser Family Foundation.

Premiums jumped. The poster child is the extravagant 14.55% jump in this year’s Part B premium to $170.10, caused primarily by projected costs of Aduhelm, the controversial Alzheimer’s disease drug. Alzheimer’s. (Some observers had expected Medicare to announce an unusual premium reduction mid-year following a decision to only cover the drug in limited circumstances. However, Medicare recently announced that the reduction would be taken instead. account in the premium for 2023.)

Health insurance premiums accounted for 6% of people’s average social security benefit in 2002, according to the KFF; they now represent 10%.

But that’s only part of the story. Overall Medicare spending is rising. KFF calculates that over the past 20 years out-of-pocket spending has fallen from 15% of the average social security benefit to 19%. The increase is split roughly in half between premiums and deductibles, KFF found.

Should you change your pension plan’s inflation assumptions?

Despite the current high inflation environment, there is little reason to drastically change the long-term inflation assumptions that guide your retirement plan.

JPMorgan notes that annual inflation averaged 2.7% from 1982 to 2020, then hit a pace of 7.1% in 2021. It’s quite possible that figure could be even higher this year. . For example, the Senior Citizens League projects that this year’s COLA could be 8.6% if current inflation trends persist for the rest of the year.

But the biggest spikes last year were in just two categories, JPMorgan notes:

These trends are not expected to persist in the long term. Indeed, JPMorgan suggests sticking to a moderate inflation assumption of 2% to 3% for your overall plan, but making a separate set of assumptions for health care and long-term care.

“It makes sense to plan for health care costs at 5.5% or 6%,” says Carson. “Medicare costs are rising faster and you have to plan for long-term care. But the rest of your expenses may not increase as quickly.

Mark Miller is a journalist and author who writes about retirement and aging trends. He is a columnist for Reuters and also contributes to The New York Times and WealthManagement.com. It publishes a weekly newsletter on news and trends in the field at RetirementRevised. The opinions expressed in this column do not necessarily reflect the opinions of Morningstar.