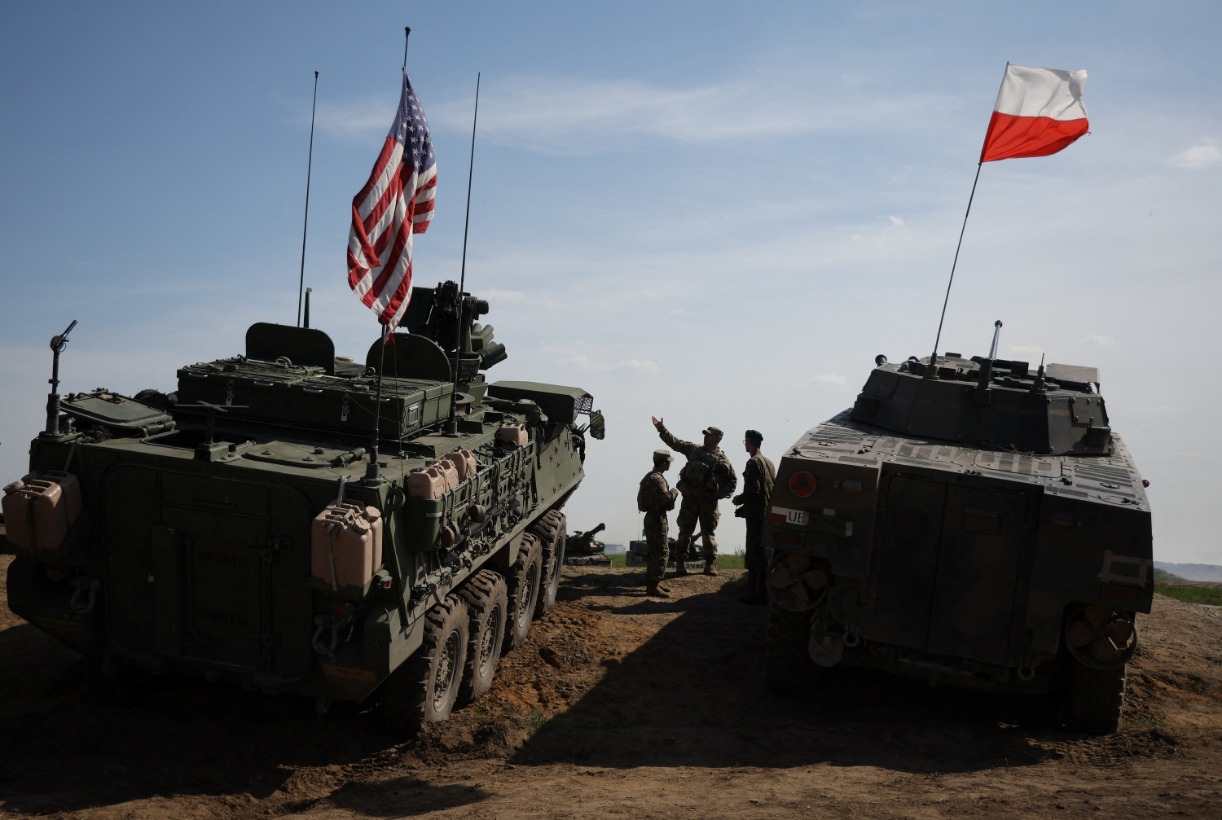 Why do people hate realism so much? This is a thoughtful question asked by Stephen Walt in foreign policy. Walt is a foreign policy realist, his work on alliances and his theory of the balance of threats influence the theoretical framework for much of this research with major explanatory power. Walt argues that at the time of the triumph of realism, when theory predicted conflict in Ukraine, we see a devastating attack on worldview. “Much of this anger has been directed at my colleague and occasional co-author John J. Mearsheimer, in part based on the bizarre claim that his views on the role of the West in causing the crisis Russian-Ukrainian make him somehow ‘pro-Putin and partly on serious misinterpretations of his theory of offensive realism,’ Walt writes, adding that ‘another obvious target is former U.S. Secretary of State Henry Kissinger , whose recent comments calling for peace talks with Moscow, territorial compromise in Ukraine, and the need to avoid a permanent break with Russia were seen as a telling demonstration of the moral bankruptcy of realism.

Walt concludes that there are several reasons why people dislike realism. Chief among them is the idea that realism is pessimistic. “It’s not hard to see why many people are reluctant to take such a pessimistic view of the human condition, especially when it doesn’t seem to offer any clear escape route.” Second, realism is “indifferent or hostile” to ethical considerations, being an amoral framework where power is the primary determinant. “There is a grain of truth in this accusation, in that the theoretical framework of realism does not explicitly incorporate values ​​or ideals,” Walt writes, “for realists, lofty goals and good intentions are not enough if the resulting choices lead to greater insecurity or human suffering. Realists do not regard any country as exceptional, because their worldview maintains that each country, each power will generally act in a certain way, in the face of a certain set of variables. It also rubs most people the wrong way, as most people tend to think in group dynamics, and any criticism of their own country’s behavior or dissent and non-compliance with the ‘current thing or conventional wisdom, is considered unpatriotic.

Finally, Walt writes that realism answered major questions well and naturally set major ideological opponents in motion. Walt writes, “Realism tends to be unpopular because its proponents have an unfortunate tendency to be right…the realists were right about NATO expansion, the double lockdown in the Persian Gulf, the war in Iraq, of Ukraine’s unfortunate decision to give up its nuclear arsenal. , the implications of China’s rise, and the nation-building madness in Afghanistan, to name a few.

There is a lot of meaning in these arguments. Realism, a framework that privileges (to use a word often used by the academic left) power and the national interest, is by definition a “reactionary” theory, more at home in political conservatism and hierarchy. It is fundamentally opposed to mass democracy and the subsequent volatility of public passions. And if he is resolutely in favor of the national interest, he also favors compromises and a balance of power based on relative gains. Also, being a reactionary theory, it believes in a cyclical view of history, instead of a constant arc of progress. Therefore, realism is squarely opposed to any worldview that affirms egalitarianism or progress, be it liberalism, socialism, feminism, or Marxism, all of which are theories from the Enlightenment, with built-in egalitarianism. In turn, all progressive theories, from liberalism to Marxism, are normatively opposed to any political reaction. The opposition to realism (and the realists) within the academy is thus qualitatively similar to all the progressive fanaticism about the toppling of statues, the hierarchy and the annulment of the classics, a deep aversion to all that is vaguely reactionary of heritage, to authority, to national borders, an opposition which is not only academic or theoretical, but ideological. To borrow the famous words of Peter Hitchens, a rage of “tiny figures rushing through cavernous halls built for much taller men”.

Realism is, of course, amoral, but not cruel or unethical. In fact, the instinct for compromise and balance of power is a higher ethical consideration. As Hans Morgenthau wrote,

Realism holds that universal moral principles cannot be applied to the actions of states in their abstract universal formulation, but must be filtered through the concrete circumstances of time and place. The individual can say for himself:Fiat justitia, pereat mundus (Let justice be done, though the world perish),” but the state has no right to say that on behalf of those in its charge. The individual and the state must judge political action by universal moral principles, such as that of freedom. Yet, while the individual has the moral right to sacrifice himself in defense of such a moral principle, the state has no right to let its moral disapproval of the infringement of liberty hinder the success of the political action, itself inspired by the moral principle of national survival. There can be no political morality without prudence; that is, disregarding the political consequences of an apparently moral action.

But to return to the original question, it must be added that the framing of the question itself is flawed. People don’t to hate realism. In fact, public opinion is usually fundamentally reactionary, if properly channeled. The majority favors national borders and opposes foreign misadventures. What could be more reactionary than that in our time? Public opinion can be volatile and appeals to emotion are successful in the short term. But on the whole, the public understands their interests if clearly communicated with them. Consider the recent drop in support for a no-fly zone (NFZ) over Ukraine, at the time it was explained what an NFZ would actually entail. The hatred of realism (and of any political reaction) is the scourge of a progressive elite, aided by a ideological academy. What realists sometimes refuse to accept is that they are structurally disadvantaged. This is not the Metternich era, nor the Yalta era, nor even Kissinger’s secret visit to China. Realism is not a worldview that can automatically succeed in the age of social media, NGOs, hyperdemocracy and a militant academy and internationalist news media. To succeed in this scenario, realists and realists will need to use the inherent reactionary public instinct to their advantage and communicate in a way that might at times run counter to electoral propriety and sound like a crass New York magnate. Whether this is a compromise that academic realists are willing to accept, in order to regain a hand in policy-making, is a key question.

sumantra Maitra is a National Security Fellow at the Center for the National Interest and an Elected Associate Fellow of the Royal Historical Society.