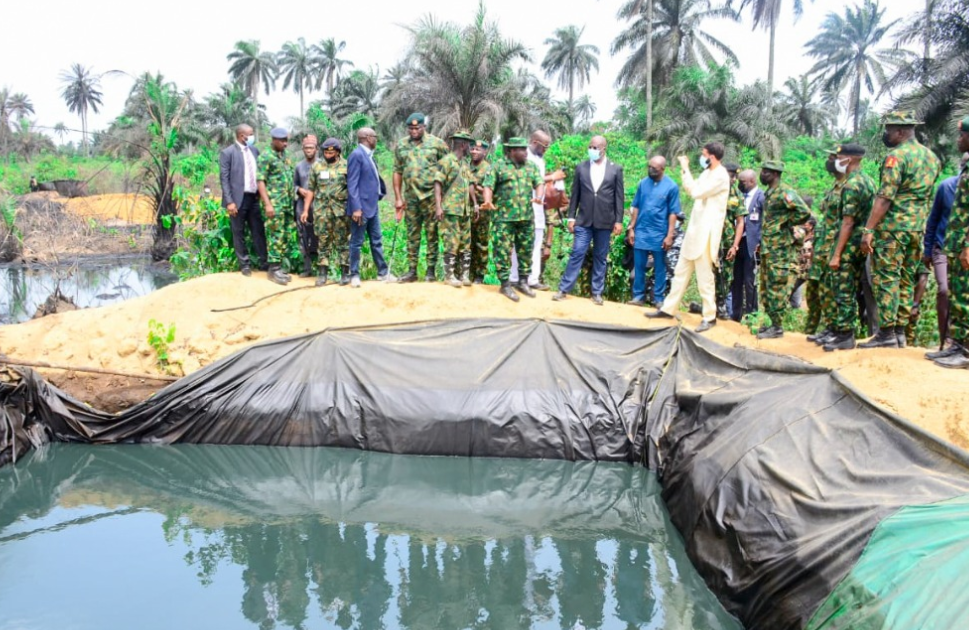 Facing the threat of oil theft

It is surprising that Nigeria has woken up from its heavy inertia to know that the country is losing a substantial volume of crude oil to oil theft and bunkering. These activities are as old as the oil industry. Nigeria cannot hide from the truth or pretend to be unaware of the astronomical volume of oil theft over the past 50 years. He deliberately released the baby tiger into the wild to grow to monstrous size and sophistication to avoid being caught or detected in the act for several years.

There is common sense that anywhere in the world where criminals are never caught or brought to justice for a long time government agents are directly involved or a cartel with powerful ties to high level politicians in government protecting the common interests of both parties is involved. The world is very familiar with this phenomenon as it is always seen in mafia movie plots. You can go to church every day and twice on Sunday, it does not change the course of this world because this world is not a holy place but a hotbed of intimidation, victimization and terrorism garnished with condiments of betrayal, greed and corruption.

The unprecedented economic consequences of the massive oil theft left serious businessmen and high-value politicians pondering in their moment of silence saying, “What have we done to get to this state of putrescence? ?

It’s not that nothing has been done in the past. In fact, in 2000, NNPC implemented a very innovative and successful strategy to fight corruption in PPMC depots nationwide, reduce pipeline vandalism and smuggling of petroleum products to neighboring countries. .

Let me rewind. A few years ago, the NNPC was fighting this battle alone, especially the theft by pipeline vandalism for raw and finished products along the NNPC System E and 2E pipelines. The depot’s pump station may barely know the conditions along the pipelines, but a receiving depot may notice a drop in pumping pressure (signaling a suspected line break). At this point, it is impossible to physically inspect hundreds of kilometers of pipeline to detect the exact location, but patiently wait for a report from the affected community. Early detection of a pipeline rupture was not possible then and may still be possible today. In the past, it took four to seven days to locate a vandalized location through the efforts of good Samaritans who traveled long distances to the nearest pipeline depot to report a pipeline rupture either a fault in the integrity of heavily corroded pipes, or due to vandalism. Upon receipt of these reports, NNPC would mobilize MOPOL with selected engineers on site for repairs to the damaged line.

In the early 2000s, the NNPC mobilized the military and MOPOL to help stem the threat, but it was later discovered that they were also part of the problems. It was a nightmare for NNPC

It was proposed to involve local communities to continuously monitor the safety of pipelines passing through their communities in return for monthly payment for a job well done. In this scenario, you cannot rely too much on human beings where there is exchange of money as a reward. The highest bidder becomes the master of the deal and an immediate change of loyalty.

In 1994, a think tank from NNPC then, the Lagos-based Consultancy Services Unit (CSU) proposed the use of technology to monitor the distribution of crude and product lines using the principles of TELEMETRY/SCADA where NNPC could monitor the real-time distribution activities of the pipelines along the arteries of the country’s pipeline network. Any act of vandalism or broken pipes along distribution lines is instantly detected by a flashing indicator light or an audible alarm displaying the coordinates of the location on the screen. An SOS signal is immediately sent to the nearest military base (Air Force, Navy or Army or Combined Team) for the immediate dispatch of counter-terrorist personnel to invade the area and contain the threat.

The response time would be such that the vandals would not have enough time to inflict maximum damage. This idea was muted at the pitch and was not passed on to NNPC senior management at the time due to the high cost associated with deploying such technology. This costly decision to ignore the idea did not consider the long-term cost-benefit implications. If this technology had been deployed at this exact time, the country would have saved more than $20 billion or more by now. In addition to long-term savings, the technological experience in managing pipeline monitoring and safety over the years would have been extended to our rail and road networks for the same purpose.

This technology from 1995 has evolved into a modern and faster technology with many additions (for example, the use of HD video cameras to capture the images necessary for the identification and prosecution of the criminal group in court, SMS, long distance drones, cloud storage, satellites, etc.).

It is still not too late if we prioritize the need to deploy this technology. The money to acquire this technology can be generated if we can significantly reduce the enormous wastes of the three levels of government which are too numerous to mention here. The government can re-engineer its processes to reduce costs and improve efficiency in achieving its goals.

In 2001, the GULF OF GUINEA ENERGY SECURITY STRATEGIC INITIATIVE (GGESS) focused on combating oil theft in Nigeria. The UK government (Foreign & Commonwealth Office – FCO) has offered technical assistance to address the problem of illegally obtained (stolen) crude oils in the Niger Delta. The FCO contracted and funded the University of Plymouth (UoP) to develop techniques capable of solving the problem. The Federal Government of Nigeria has asked NNPC to join the initiative.

NNPC has commissioned its Port Harcourt-based Roburst Research and Development Division to work with the University of Plymouth, UK, on ​​identifying Nigerian crude anywhere in the world, which will discourage the theft of Nigerian crude. FINGERPRINT TECHNOLOGY is one of the methods being considered to deal with this threat. Crude oil fingerprinting (like crude oil signature) is an analytical technique to identify key biomarkers of CRUDE or its PRODUCTS or we can call it Hydrocarbon Forensic Geochemistry. The basic principle of the technique is that crude oil from different reservoirs has its unique fingerprint and the information could be used for identification of oil spills, identification of source of crude, identification of formations who are actively producing, solve production allocation problems.

Ultimately, the fingerprinting of most Nigerian crudes was almost complete and further work was needed to identify Nigerian crude from a mixture (combination) with other foreign crudes. The challenge was the immediate acquisition of more sophisticated analytical equipment to carry out the investigation. The R&D division of NNPC made a presentation on this study (as a promising tool to stop stealing Nigerian crudes for easy detection anywhere in the world) at the office of Hon. Minister of Petroleum in 2013. The office promised to release $350,000 for the immediate purchase of HIGH RESOLUTION TIME-OF-FLIGHT (TOF) MASS SPECTROMETERS (GC-GC-TOF-MS) and ISOTOP RATIO MASS SPECTROMETRY OF COMBUSTION (GC-C-IRMS).

The purchase of the equipment did not see the light of day and it was the compulsion to conclude the high end research to establish a basis to identify stolen Nigerian crude anywhere on this planet. It is good to let Nigerians know that the R&D division of NNPC was at the time (and perhaps until now) the most equipped laboratory on the African continent with developed capabilities to carry out many complex studies on oil and gas that were being made overseas. millions of dollars. By 2013, they had developed capabilities to study and advise government on oil pollution, air pollution, specialized basic analyses, comprehensive crude oil analysis, advanced geochemistry, catalysis studies for refineries , gas utilization studies, enhanced oil recovery, etc.

If the government is serious, to stop the theft of oil, it should invite the R&D division of the NNPC, the Upstream Petroleum Regulatory Commission of Nigeria, multinational and national oil companies to meet and find solutions to put one last STOP to the old problem that destroyed the nation. below its productive organs of survival.

Oil theft can be decimated through the combined use of advanced warning and detection technology, policy and justice. The local vigilante group can be a useful catalyst in this intelligence monitoring and information gathering campaign. It is high time to review the security of our national heritage or we are gradually preparing a revolutionary recipe for self-implosion.

For public knowledge, the NNPC Research and Development Team was established at the same time as NNPC through Act No. 33 of April 1977 of the federal government. Most of the time, when a war or a battle is won, no one hears of these intellectuals and the intelligent community that worked 24/7 behind the scenes to support and improve the outcome of the victoire. Now is the time for the federal government to wake up, to issue an early morning call to challenge and urge the intellectual community of our great country to begin solving national problems through aggressive research and innovation. No nation on this planet thrives in this highly competitive age without a solid foundation of pure and applied research.

Obaigbena is a retired Group Managing Director of NNPC’s Research and Development Division.