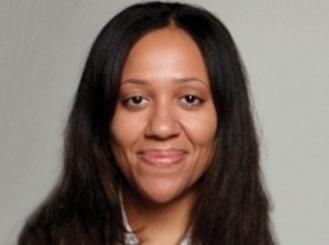 There are disparities in end-of-life (EOL) care decisions and critical illness communication between non-Hispanic white patients and minority patients, echoing the need for increased equity. health care, according to a speaker at the 2022 annual meeting of the American Society for Clinical Oncology in June.

End of life communication1
“We probably have the most data around satisfaction with care, communication, support, pain management, hospitalization and other uses and advance care planning” noted Cardinale B. Smith, MD, PhD, professor of medicine, Division of Hematology/Medical Oncology and Department of Geriatrics and Palliative Medicine, Icahn School of Medicine at Mount Sinai in New York, New York. In launching her presentation, “Racial and Ethnic Disparities in End-of-Life Care,” she started on a positive note: the data is there and we can learn from it.

Unfortunately, even among minority patients—which, for his discussion, included those who identify as African American or Black, Hispanic, and Asian/Pacific Islander—what is known about the many facets of EOL care varied. While most of the information on satisfaction with care, communication, emotional/spiritual support, pain management, hospitalization at EOL, and advance care planning comes from African American/Black patients, knows less about Asian/Pacific Islander patients.

Comparing what is known about outcomes in non-Hispanic white patients versus minority patients, Smith cited research showing that while black patients were more likely to want aggressive curative care at EOL, they were less likely to receive the EOL care they wanted and more likely to receive non-curative but intensive EOL treatment. Advance directives are also less common among these patients and they have less favorable opinions about palliative care.

The reasons for these disparities between patient desires and care provided fall into 5 categories, Smith noted, which were:

Black patients are more likely to report problems communicating with the doctor, receiving inadequate information and lack of family support compared to white patients, respectively: 41.6% vs. 27.9%, 63.3% vs. 41.0% and 57.55% against 37.3%.

“We are not communicating with these populations in a way that is effective for them and in a way that leads and contributes to what happens to them at EOL,” she said. “There is clearly something fundamentally going on in this communication approach that is not helping them get to where they want to be. Unless we start closing this gap, it will only continue to grow. »

In fact, in the outpatient cancer setting, black patients are more likely to report communication as poor and less informative and to rate EOL care as lower quality. This translates to fewer black cancer patients enrolled in palliative care compared to the general population of black patients.

The results of a communications study at the Icahn School of Medicine, which recruited both patients and physicians, continued this trend of disparities.

According to these results, physicians spent 5 minutes less with minority patients than with white patients when discussing their general care, as well as during visits that did not focus on disease progression. . The largest mean difference of 7.5 minutes, favoring more talk time with white patients, was observed when both groups of patients rated their general oncology care as poor.

“I think we’ve been hoping for the magic for a while, but the magic isn’t working,” Smith concluded. “Change is necessary for our patients. They are our priority and the reason we are here.

Communication on critical illnesses2
A study by a team of researchers from the Albert Einstein College of Medicine, the Icahn School of Medicine at Mount Sinai, and the Duke Cancer Institute examined the interactions between oncologists and patients with advanced cancers. The results showed that clinicians spent significantly less time communicating with their non-Hispanic black patients compared to their non-Hispanic white and Hispanic patients – and these findings echoed previous research from the group.

Outcomes were compared between solid tumor oncologists who received and did not receive a coaching intervention. Baseline recordings and patient encounters after imaging were analyzed for the effectiveness of the coaching intervention and the use of serious communication skills (for this study, open-ended questions, reflective statements, empathetic responses , empathetic statements, “sorry” statements, and question elicitation), respectively. Patient engagement and global oncologist communication codes were also assessed. Fifty-six records were included in the final analysis.

Of the participants in the final analysis, 45% were female, 57% were over the age of 65, 36% were non-Hispanic black, 20% were Hispanic, and 41% were non-Hispanic white. Forty-nine percent were over 65.
Overall, less than 20% of oncologist communication was rated as empathetic, although the quality of the encounter for flow, concerns addressed, caring, warmth, and respect were consistent across patient groups . However, downward trends were observed when comparing results between patient groups.

Less thoughtful statements were used with non-Hispanic black patients versus non-Hispanic white patients and Hispanic patients: 0.3 statements per encounter versus 1.1 (P = 0.02). And using a 5-point Likert scale, the lowest ratings for responding to patient concerns and for warmth toward their patients (P=0.04 for both) were given to oncologists who encountered black patients. non-Hispanics. These clinicians received ratings of 3.1 and 2.9, respectively, compared to 3.4 and 3.3 for oncologists when meeting Hispanic patients and 3.8 for both when meeting non-Hispanic white patients. .

Additional results from the study show the following:

“In this diverse sample of patients with advanced cancer, oncologists used fewer reflective statements, were less attentive to concerns, and expressed less warmth with non-Hispanic black patients,” the authors concluded.

“Interventions are needed to overcome these striking racial/ethnic disparities in the communication of serious illness for cancer patients.”

By Growth Rate, Type, Applications, Geographic Regions and Forecast to 2026