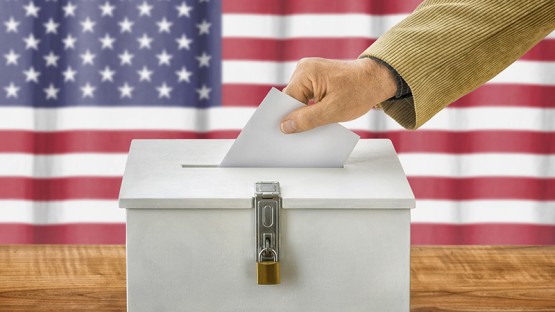 As the critical midterm elections approach this fall, do voters approve of the job Congress and the president are doing? Do you feel better or worse about the economy? Rate the pandemic, race relations or climate change as key to their vote?

It’s been two decades since the federally funded American National Election Studies (ANES) — the premier national election survey since 1948 — has asked such questions before and after a midterm to assess voter preferences and policy priorities.

This year, the Cornell Center for Social Sciences (CCSS) will showcase the 2022 Midterm Collaborative Inquiry, implementing an innovative proposal that won $2 million from the National Science U.S. National Election Studies Competition Foundation. By engaging multiple partners using a combination of new and longstanding methodologies, the proposal aims to generate election insights while advancing the science of survey research, potentially establishing a model for future surveys. .

“This will be one of the go-to sources for understanding the midterm elections,” said Peter K. Enns, professor of government and public policy at the College of Arts and Sciences and Cornell Jeb E. Brooks School of Public Policy. , and CCSS Director Robert S. Harrison. “Data and results will be widely available and accessible to the public. The unique study design will inform the future of survey research for election studies and beyond.

Enns is the lead investigator for the midterm collaborative inquiry, which will study the U.S. House, U.S. Senate and gubernatorial races, with a particular focus on voters nationwide as well as across three politically important and demographically diverse states: California, Florida and Wisconsin.

The co-principal investigators are Jonathon P. Schuldt, associate professor in the Department of Communication at the College of Agriculture and Life Sciences and executive director of the Roper Center for Public Opinion Research; and Colleen L. Barry, first dean of Cornell Brooks School.

Election polls and other surveys have been hampered by declining voter turnouts and rapid changes in technology that have made it more difficult to obtain nationally representative samples. Asking face-to-face questions to randomly selected addresses has long been considered the “gold standard”, but it’s the most expensive method – a reason for the pause in surveys mid-term. DONKEYS. Other strategies include group panels, landline and mobile phone calls, text messages and online surveys. Some are based on probability, others are not, with widely varying sample sizes.

With so much variation and often limited transparency about methods, researchers struggle to determine which strategy is the most accurate and cost-effective, Enns said. Are the differences in results attributable to the questions, how and when they were asked, or a host of other potential factors?

“Our method tries to address this question,” Enns said. “Without a systematic and unified framework, we cannot draw strong conclusions about which approaches work best.”

To establish such a framework, Cornell investigators plan to select up to three organizations, teams or researchers to collaborate on the mid-term investigation. Each will use two sampling methodologies, transparently disclosed, to ask an identical set of questions over the same time period.

“It really flips the standard approach to investigations,” Schuldt said. “We invite proposals that encourage methodological diversity and innovation.

The total sample size of approximately 20,000 voters will be almost 20 times larger than a typical nationally representative survey. The Cornell team said this would allow for more efficient analysis of specific segments of the electorate, such as Latinos or different age groups.

The proposal also calls for a partnership with other leading election polls to ask common questions across polls, creating the opportunity for an even bigger “super-poll,” Enns said.

Data collection is expected to begin about two weeks before the November 8 election and continue for a month. As quickly as possible, the Roper Center will archive and make foreground and individual-level data publicly available, making it easily accessible through visualizations and search functions. In January, the research team plans to host a data launch and hackathon event at Cornell Tech in New York to share key findings and perform additional analysis.

The relaunched midterm survey is not a horse racing poll, Enns said, but seeks to give researchers and the public insight into voter preferences and behavior, the effects of campaigns and the media coverage, and democratic accountability. More generally, the Cornell team said its approach could inform the design of government surveys on a range of topics, from economic and business conditions to health outcomes and crime.

“If we can improve the science of investigations,” Enns said, “it will have huge positive payoffs for the public.”