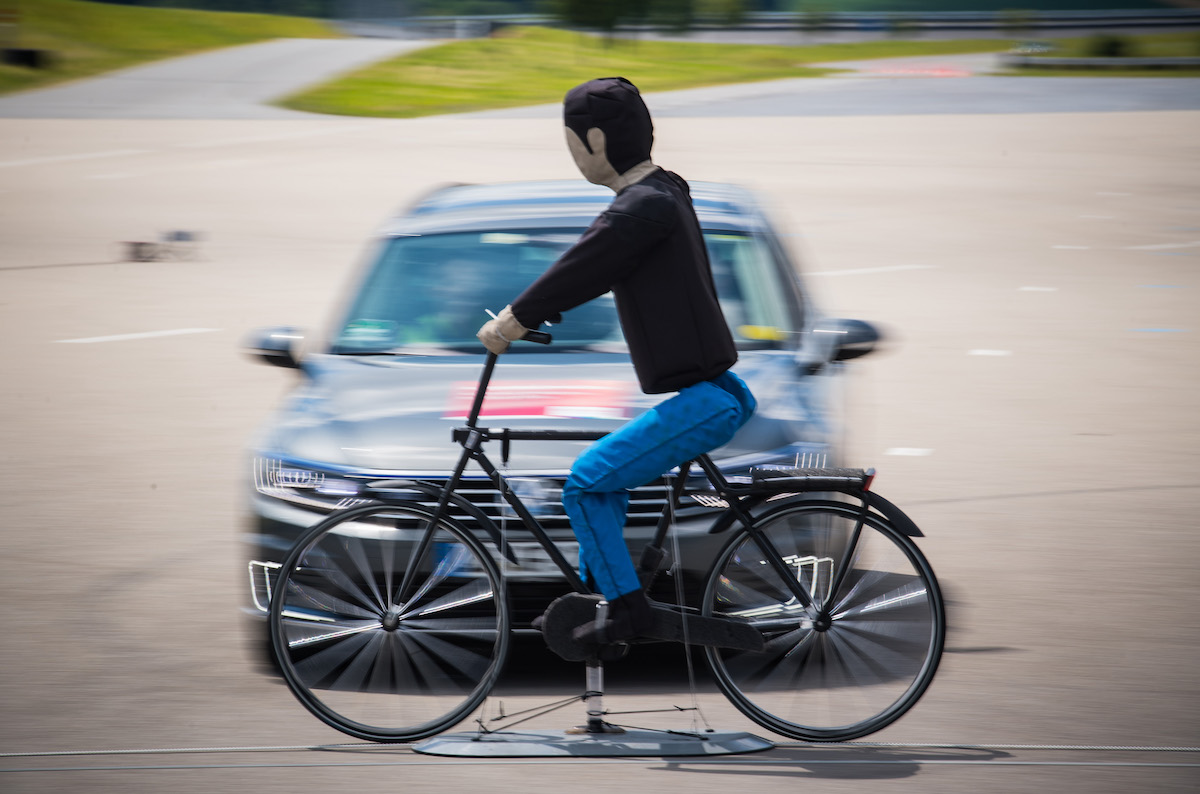 As vehicles continue to improve with advanced technologies, features such as Automatic Emergency Braking (AEB) systems are at the forefront of automotive safety. AEB systems made their debut in the mid-2000s and are responsible for saving lives and preventing road accidents. They have become so beneficial that they are now commonplace in most models.

In an agreement with the National Highway Traffic Safety Administration (NHTSA), by September 1, 2022, automakers will include automatic emergency braking systems as standard equipment in nearly all new vehicles sold in the United States. AEB in new vehicles will become mandatory by 2025.

What is Automatic Emergency Braking?

AEB systems can detect a potential collision and automatically apply the vehicle’s brakes. “By eliminating the human reaction time involved in braking, an AEB system can help reduce the likelihood of a crash or at least reduce the severity of impact,” Erie Insurance Explain.

Although AEB systems vary by manufacturer, they work on the same principle. A series of cameras or sensors, or both, will detect an impending frontal collision. The vehicle’s software analyzes the possibility of a crash, evaluating multiple data points, including distance to surrounding objects and current rate of travel. If a potential threat exists, the AEB system automatically engages the brakes, slowing the vehicle to avoid impact.

Here are four types of AEB systems with different levels of performance:

A low-speed AEB system is designed to operate at speeds below 55 mph and will not engage during highway driving. Low-speed AEB is generally effective in preventing collisions in heavy city traffic and parking lots.

Full-speed AEB systems work best at highway speeds, using advanced sensors to predict vehicle movement farther down the road. The computer sees the obstructing traffic in front of you and slows the vehicle down to react accordingly.

J.D. Power points out that while sensing technology helps “see” further down the road at typical travel speeds, “in most high-speed situations, AEB can only slow your vehicle as much as possible before the impact instead of stopping it in time to avoid a collision.

Reverse AEB systems work when the vehicle is backing up and are especially useful in driveways and parking lots. They are beneficial for preventing low speed collisions and usually work with rear cross traffic alert systems. The automatic braking system stops the vehicle before hitting the object in its path.

AEB systems are invaluable in detecting cyclists and pedestrians who may be crossing in front of your vehicle, helping to avoid unnecessary collisions. Advanced safety equipment also works in unison with Forward Collision Warning (FCW) technology to help detect large animals, such as deer, reducing the risk of impact.

FCW uses an audible or visual signal to alert the driver of an impending collision, giving them the option to apply the brakes. If the driver does not react quickly enough, the AEB is triggered and stops the vehicle before impact.

MotorTrend points out that even if “the technology is not advanced enough to detect and mitigate every potential impact”, an AEB system “really works in those moments when a fraction of a second or a few feet makes all the difference”.

According to Insurance Institute for Road Safety (IIHS), automakers’ commitment to improving driver safety with standard AEB systems will “avoid 42,000 crashes and 20,000 injuries by 2025.” The institute says “the estimate is based on IIHS research that found that forward collision-avoidance systems with forward collision warning and automatic emergency braking cut rear-end collisions in half.”