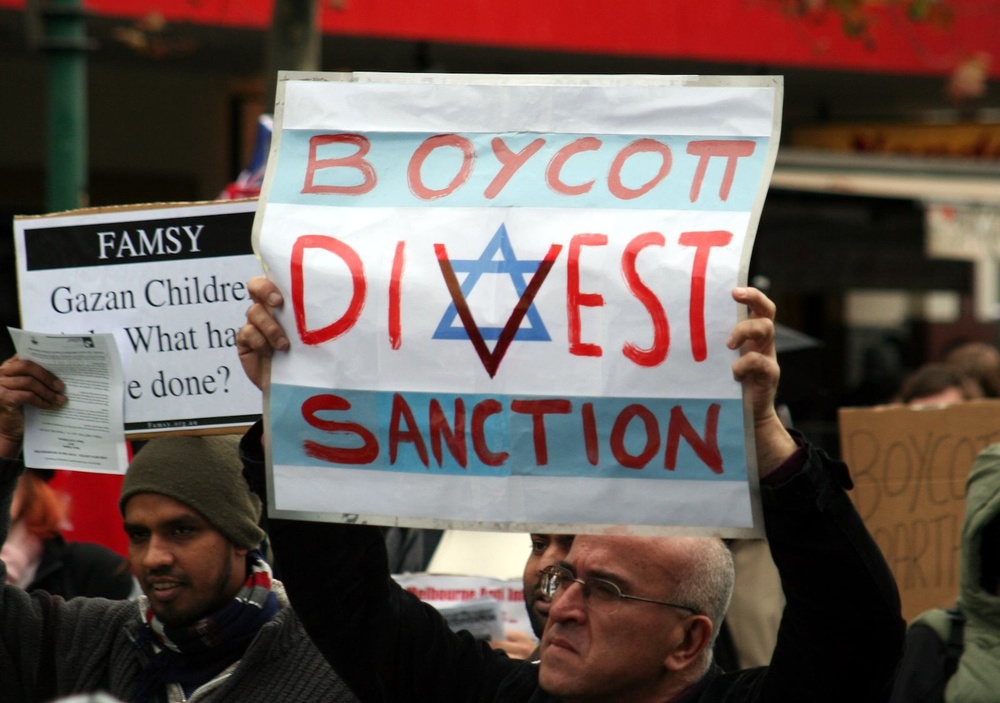 (March 24, 2022 / JNS) Academic watchdog groups on Wednesday voiced their disapproval of the passing of a BDS resolution against Israel by members of the US-based Middle East Studies Association (MESA).

In an electronic vote from January 31 to March 22, scholars voted 768 to 167 to pass a resolution calling for a boycott of Israel.

“Our members voted clearly to respond to the call for solidarity from Palestinian scholars and students who are victims of violations of their right to education and other human rights,” MESA President Eve Troutt Powell said in a statement. a statement. Release. “MESA’s Board of Directors will strive to honor the will of its members and ensure that the call for an academic boycott is upheld without compromising our commitment to the free exchange of ideas and scholarship. .”

The resolution accused Israel of restricting freedom of movement; isolate, undermine and attack Palestinian scholars and students who criticize Israel; and called Israeli educational institutions complicit in a military occupation.

The move was heavily criticized by groups that monitor efforts to boycott and delegitimize Israel, pro-Israel scholars and students, and the politicization of an issue by an organization that claims to support academic freedom.

“What MESA did is morally wrong and incredibly dangerous. Although the academic boycott that MESA members voted to endorse apparently only targets Israeli institutions and scholars, the biggest victims of academic BDS are students and faculty on US campuses,” said Tammi Rossman-Benjamin, director of the AMCHA Initiative, which monitors anti-Semitism. on university campuses, in a press release.

“Academic BDS’s rejection of the normalization of Israel in the academy not only calls on its faculty supporters to work to boycott educational programs and research opportunities in or about Israel and to cancel or close pro-Israel events and activities on campus, it also urges censorship, denigration, protest and exclusion of pro-Israel individuals,” she said.

AMCHA Initiative cited several studies indicating that the presence of overtly political faculty on campus significantly increases the likelihood of on-campus BDS action and overt anti-Semitism toward Jewish students and faculty. He called on universities to immediately withdraw their membership from MESA and to prevent their professors from using their positions and departmental affiliations to “promote politically motivated advocacy and activism.”

He also called on state and federal lawmakers to ensure that funding for educational institutions does not serve politically motivated purposes or allow its faculty to promote “personal political hatred.”

MESA has no resolution condemning another country

The Academic Engagement Network (AEN), another organization that promotes academic freedom and fights the delegitimization of Israel in the academic sphere, also expressed dismay at the results of the vote.

“As an organization committed to opening up intellectual exchange and scholarship, we find it deeply ironic that this resolution is presented as part of ‘MESA’s commitment to academic freedom,’ while BDS is, in fact, contrary to this core principle and value that defines the academy,” the organization said in a press release. “Endorsement of BDS will inevitably – and unfairly – result in discrimination against , will exclude and isolate Israeli scholars by targeting the Israeli academy for boycott The resolution’s claim that the boycott “will not target individual students or scholars” is untenable.

The MESA statement said the resolution will not target individual academics or students. The organization did not respond to a request from JNS to outline what actions the resolution would entail from its members.

The NEA said the resolution cannot meaningfully separate professors and students from the Israeli institutions in which they study and teach. He also lamented that the resolution singles out the Jewish state while not acknowledging violations in other countries or restrictions on academic freedom in the Palestinian territories.

A rival academic association founded in 2007 by two Middle Eastern scholars who planned to politicize MESA against Israel, the Association for the Study of the Middle East and Africa (ASMEA) has pointed to the double standard in resolving the MESA and the harm it causes to academic freedom.

“By passing this resolution to blacklist and boycott Israeli higher education institutions, MESA members have abandoned any pretense of being an academic association in favor of an organization with a singular political cause: to delegitimize Israel. “, said the chairman of the ASMEA academic council, Professor Norman. Stillman said in a press release. “Their abandonment of the fundamental principles of academic integrity and freedom, namely the free expression of ideas, is deeply rooted in old biases and prejudices.”

ASMEA pointed out that Israel was the only country in the Middle East that won the highest ranking for academic freedom by human rights organization Freedom House, but MESA has no resolution condemning another country.

“For these reasons, we strongly urge academics and institutions of higher education to reconsider their affiliations with MESA, an overtly political organization with an explicit agenda of delegitimizing Israel,” Stillman said.