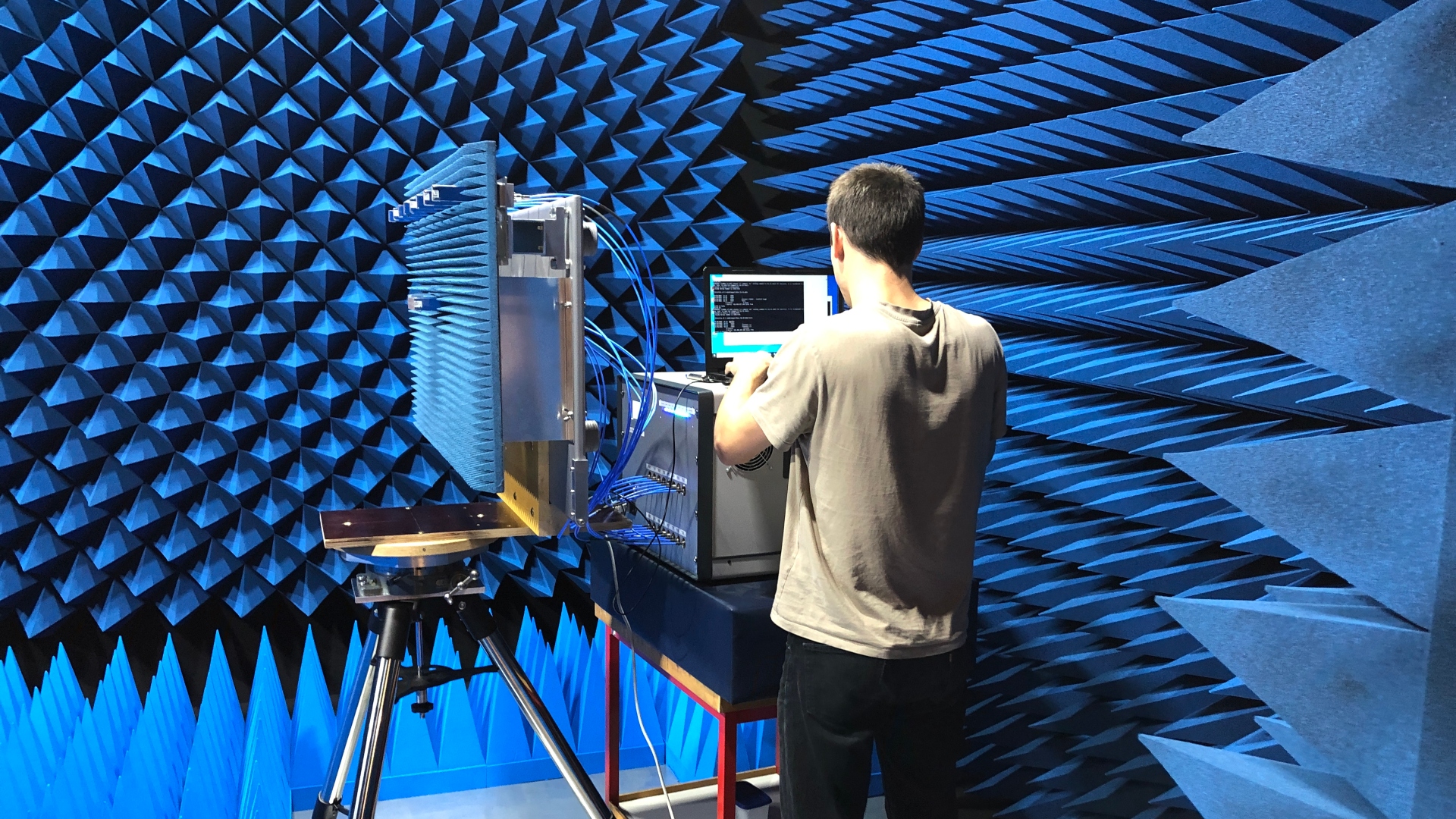 It takes an extraordinary radar to catch a drone in flight. It is even more difficult to detect a drone hovering in the same location, as it quickly disappears into the background noise. But a new radar system, developed by DTU Space researchers in collaboration with Danish company Terma, can do both and more.

The radar has high resolution and a wide field of view, and it can track many drones simultaneously. Drones are otherwise difficult to spot, as they can be tiny and come from all directions. In addition, they are often made of plastic materials which do not reflect radar waves very well.

“There is a large market for drone detection, for example in military contexts and at airports,” says Professor Jørgen Dall of DTU Space, who leads the radar project. He also discusses the problems encountered by the Swedish authorities with illegal drone flights. Especially at the beginning of 2022, drones were repeatedly observed over nuclear power plants, military areas, airports and royal palaces.

To avoid accidents at airports, protect critical infrastructure and keep military secrets, etc., there are many places where drones are not allowed to fly. The first step towards combating illegal drone flight is to detect, track and preferably also classify the drone. And here the new radar can help.

In general, a radar works by emitting a microwave signal which is reflected by an object, and the echo is then picked up and compared to the outgoing signal. Knowing that the signal travels at the speed of light, it is easy to calculate the distance to the object. Just measure how long it has been running.

It’s easy in theory, but it’s harder in the real world, especially if you want to know not only the distance to an object, but also its exact position in three dimensions, as well as its speed. But here, DTU Space researchers are exploiting the great advantage of having a radar that has not just one antenna that is used to send and receive signals, but a total of 16 antennas.

The principle of using multiple antennas is called MIMO, which stands for multiple input multiple output. The principle is best known from wireless communication, where the advantage is above all to ensure high bandwidth.

Without MIMO technology in the latest WiFi standards and mobile networks (4G and 5G), the data transfer speed to and from the laptop and mobile phone would be somewhat lower than it is today. DTU researchers investigated whether multi-antenna technology could also be used to improve radar systems, which turned out to be the case.

“With MIMO we can see in all directions simultaneously over a fairly wide angle range – say 120 degrees – and we can achieve good horizontal angle resolution in a relatively inexpensive way without spinning the radar” , explains Jørgen Dall and continues:

“Each of the eight signals is collected and separated from each other by the eight receivers, giving us 64 virtual channels in total, even though we only have 16 physical channels.”

When a drone is hit by a signal from a transmitter, the signal is sent back to all eight receivers and, based on the timing of the echo, the distance and direction to the drone can be calculated. But with eight transmitters and receivers positioned the right way relative to each other, the drone’s position and speed can be determined much more accurately.

Range can be increased

If the drone is close, it even becomes possible to identify the type. So-called micro-doppler signatures, which are caused by the movements of the rotor blades, can reveal what kind of drone it is.

The radar project has been underway since 2018 and has now resulted in a demonstration model which clearly shows that the concept works. Another MIMO radar is under construction.

The range of the prototypes is only 100 meters, because a longer range requires higher power, transmission authorization from the authorities, as well as somewhat more expensive amplifiers. Initially the project focused on demonstrating that the technology can be used and the scope can easily be increased in later releases.

Jørgen Dall also points out that MIMO radars can be used for other purposes than detecting small flying objects. The main objective of the project is to conduct research on radar technology, and drone detection was a suitable application in this regard.

The project will continue with two PhD students attached and a third on the way, and it is primarily funded by a DKK 5.8 million grant from the Thomas B. Thrige Foundation.

If Terma chooses to continue with the technology for the development of real products and the commercialization of MIMO radars, it is possible that these systems will contribute to the protection of airport security against ground and air threats, as an extension of competence. to the Terma airport radars. worldwide.

/Public release. This material from the original organization/authors may be ad hoc in nature, edited for clarity, style and length. The views and opinions expressed are those of the author or authors.View Full here.