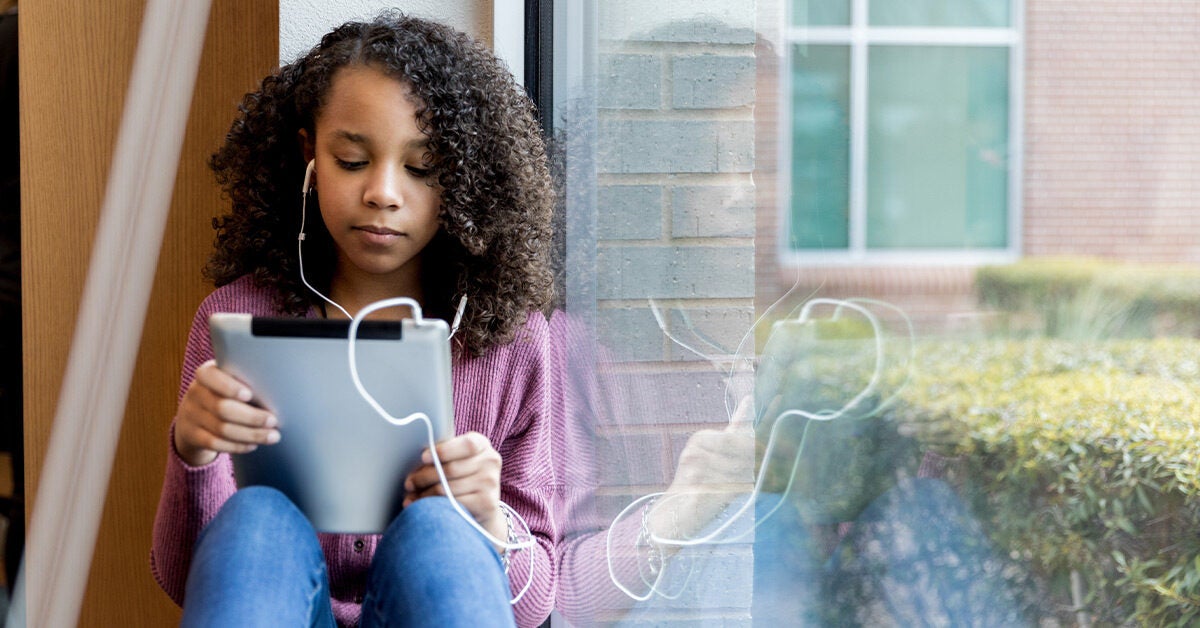 12-year-olds consume 8 hours of media a day: what to do

Digital media has become a ubiquitous part of children’s lives. They frequently use computers and tablets as part of their schooling. In addition, many also have their own smartphones, tablets, or computers for home use.

But what effect does this have on their still developing young minds? Does it affect their mental health or their ability to think and learn? Are they overusing these devices?

A new conducted by a group of European researchers sheds light on these questions.

The team conducted their study in a public primary school located in the suburbs of Geneva, Switzerland.

The study included children aged 8 to 12 in grades 5P to 8P (approximately equivalent to US grades 3 to 6).

A total of 118 children with an average age of 10.38 years participated. About half were girls and half were boys.

Researchers collected data through questionnaires completed by parents, teachers and the children themselves.

The questionnaires covered several categories including use of digital technology, attention problems, mental health and sleep, grades, motivation and beliefs.

Children also performed certain cognitive tasks in school, including tests of speed, how often their attention wandered off, and their impulsivity.

Researchers found that media consumption increased as children grew older, increasing by almost an hour for each year of age.

While boys and girls did not differ in the amount of media consumed, they did vary in the type of media. Boys tended to spend more time on video games.

They also found that multimedia multitasking (using more than one type of media at the same time) increased with age. With a score of 0, meaning the child only uses one medium at a time, they found that at age 8, the average score was 0.66.

There was no difference in multitasking between boys and girls.

So what does that extra screen time mean for kids?

Anzalone further noted that many of the patients he encounters are motivated by fear of missing out.

He said he worries about it because it prevents the children from paying attention to chores. It takes considerable mental effort to re-engage in what you’re doing, he explained.

â€œThink of using your screen as a diet. A little snacking (using screens) is not a problem, but overdoing it will result in future health problems, â€he said.

Anzalone added that social media also creates a “boredom paradox.” Because it is readily available, we never have to be bored, but at the same time, we have a lower threshold to deal with boredom.

â€œSo when we are faced with a difficult or boring task, it is very easy for us to give in to the alluring siren call of social media,â€ he said.

It can also make anxiety worse if a person stays up late to talk to people online rather than getting enough sleep.

However, it’s not all bad news when it comes to screen time, according to Alice Good, PhD, senior lecturer in human-machine interaction and research methods at the School of Computing at the University of Portsmouth.

She explained that social media can create a sense of belonging in children, allowing them to feel socially connected, even if they are physically disconnected.

Well, screen time isn’t inherently bad for kids. But, she said, it’s important to understand that there are different types of screen time. Parents need to be aware of the impact these types can have on children’s behavior and well-being.

“As parents [try] To manage their child’s screen time, it is fundamental that screen time does not come at the expense of social interaction within the family and sufficient sleep and exercise, â€said Good. .

Anzalone said research indicates that limiting, but not eliminating, social media use to about 30 minutes per day has been shown to make “significant gains” in psychological well-being, including areas like health. loneliness and depression.

He recommended using apps, like Appdetox, self-control and concentration, to limit screen time.

He further recommended trying to start and end the day without any devices or social media.

In addition, it can be useful to set times when no devices are used and screenless areas in your home. He suggested that no cell phone at the table is a good idea.

Anzalone said that you can also follow the guidelines set by the American Academy of Pediatrics Family Media Plan to help your children set limits. This website allows you to create a detailed plan that you can share with your family.

Finally, Anzalone said parents and educators can work together to train children on how screen use affects mental health.

â€œWe need to talk to our kids, not only about birds and bees, but also about Wi-Fi and 5G,â€ he concluded.